Have you ever been, in a place so dark? A place where the light at the end of the tunnel, seemed unreachable? A place where all you could do, was cry? Where even breathing, itself, was a struggle?

“Suicide is just for the weak, who want attention.”

Suicide is the only form of control a man, or woman, has over their life. Because their life, is their identity. Their purpose. Their life, and their struggles, is what makes them who they are. Suicide doesn’t make a person ‘weak’ or ‘sick minded’. Suicide makes them scared, and alone.

They see no other option. No other way out. So, they do the only thing that seems remotely reasonable. And they end it.

Suicide, as I have said before, does not make a person weak.

But, when a person commits suicide, they are not only hurting themselves. They’re hurting everyone the love, and care for. And then, the cycle seems to start over. Because, their friends wonder. Then they feel guilty, like they could’ve done something. Like maybe, if they had called more often, that this wouldn’t have happened.

So they end it.

There’s many explanations, as to why one would even consider suicide. But there’s only one way to handle it.

Don’t get angry. You will make the person feel shitty, more so than they probably already do.

Hold out your hand. Offer them a shoulder to cry on, a helping hand. A friend. Because confrontation won’t come easy. It will be hard. And when they are confronted, they don’t need to be confronted with anger.

They need a friend.

They need a hug. 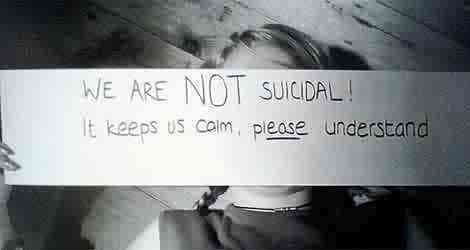 Can you just post the title to this song please.

beautiful song, the rest is bullsh*t

is it good music, shit lyrics or vice versa?

I can’t watch cause I have weird internet which will take to long to explain..

the title is ‘Reaching Out – Paul Rodgers

MyChoice:: It is good music, sorry about your computer

Unwanted:: here is the song title//artist