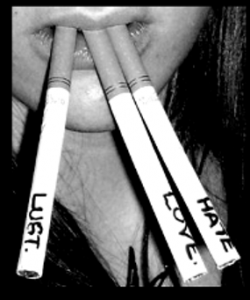 Habitual. Hibernating. Secretive. Dark. Dragging force. Draining. Exhausting. Shameful. Ugly. Masked. Unspoken. Unsaid. Uknown. Painful. Scary. Such a ‘taboo’ subject, for such a ‘sophisticated upper class nation’. Because, we all know, that if we don’t talk about ‘it’ – it doesn’t exist! If only the same applied to war, famine, disease, rape, murder, abortion, marriage. Funny, how society – as a whole – has come to that conclusion. I mean, just look at how well it’s working! As for those ‘statistics’, well, we all know that those are just made up. Because nobody could possibly hurt that bad, or go as far as to end their own life. Right? You’d be an idiot, to believe that. Because four years ago, my uncle hung himself. He had the spawn of Satan for a wife. He was a struggling meth-head, and alcoholic. He harbored so much dark secrets, that were controlling his life. He was scared. Alone. And, afraid. And the ONE time, he tries to seek help – my very own ‘mother’, thought he was joking around. Because my uncle, had a tendency to talk about dark things – such as suicide. No one knew why, though. After I heard the news about my uncle, hanging himself – my ‘mother’ told me what he had told her, at my step-grandfather’s funeral the previous year:: “I really don’t see the point, in all of this, anymore. Things would be better if I just ended it. I think I might.” One year later, he hung himself. One year later, he had had enough of his own demons. So he had to silence them, no matter the cost. He hurt so much, that he didn’t want to drag anybody else down with him. Hidden behind all his smiles, jokes, and laughs…I realize was a scared person. He had a daughter, seven years old at the time of his suicide. I can’t imagine what they told her. Did anyone even tell her? Someone must’ve had to explain, why daddy wasn’t coming home. Someone must’ve had to explain, why she was never going to see daddy…ever again. So go ahead, and tell me that I don’t know what it’s like. Go ahead, and tell me that suicide’s not ‘a big deal’. ‘Nothing to worry about’. Go ahead. Because I know the truth. I know better, than to believe those lies. I, myself, have danced with Death. On many occassions. And I know how scary it is. There’s nobody in this entire world, that can persuade me to think otherwise. Everytime I think of my uncle, everytime I pick up a blade…The truth rushes back to me. The nasty, ugly, disgusting, truth. And, nobody knows it but me. We all have inner struggles, demons that we battle. It’s just up to us, as individuals, to decide who will win the final battle. 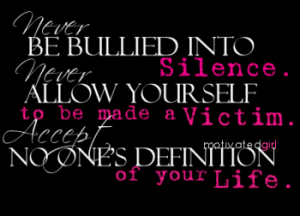 A prayer to the floor

read this if you’re struggling.

No One to Blame

OMG that photo is awesome.