“See you on the other side” A letter to my brother, Nathan Riggs

I was really upset when you decided to take your own life back on June 23, 2002 and still think of it almost every day. I know you must have been going through some rough times but I really wish you would have contacted one of us (your family)for support. We had our share of fights growing up that I thought I would never forgive you for. As I sit here today writing this letter I can honestly say that I forgive you. There are so many things that I held onto over the years, maybe I could have learned to get over them and forgive you. Had I learned to deal with my issues instead of walk away from them, you might still be here today.

The day after you committed suicide was one of the hardest days of my life. I was at Fort Leonard Wood, in week 1 of Basic Training. When I woke up that morning I had a feeling that something wasnâ€™t right. I remember running up to the formation with a weird feeling. I just thought I was still getting adjusted to being away from home. The Drill Sergeants werenâ€™t running around screaming like they usually did, and I swore they were all looking at me. I thought maybe I was still paranoid that I was going to do something wrong and **** them off. Our Company was called to attention and I was told to fall out and report to the Company Commander and First Sergeant. I was terrified that I had left my wall locker open and was about to be kicked out or something. I was still very new to Basic Training and didnâ€™t learn how to report yet and was yelled at for not going to the position on attention. He asked me to confirm my name, SSN, and birthday which I did. He then asked me if Carlene Riggs was my mother and I confirmed. The next words out of his mouth will haunt me to this day, â€œI regret to inform you of the death ofâ€¦â€ I thought grandpa Jack had died since he wasnâ€™t doing well. When he said â€œNathan Robert Riggsâ€ I started crying, turned away, and dropped to a knee. I was then lead by the First Sergeant to the Drill Sergeantâ€™s office to use the phone to call mom. Her tired and emotionally drained voice answered the phone; I then started to cry again and asked her what happened. When she told me that you had killed yourself I was devastated. I was planning on talking to you when I got home from Basic Training to see if you wanted to join my National Guard unit. To just think that if I had made that phone call before I left, this whole crisis could have possibly been averted. That day I was allowed to just hang out at the barracks. I just laid in my bed and cried, it was hard enough being away from home but to know that everyone needed me hurt even more. That night as I laid in my bed I began to dream about all the good times I had with you growing up. I know I would lash out when you wouldnâ€™t let me hang out with you but it was only because I wanted to spend time with you. About half way through my dream you showed up. I knew it was different from any other person in my other dreams, itâ€™s like I was really talking to you. The first thing you said was â€œJoel Iâ€™m so sorry for all the pain I caused you in your life. I did a lot of mean thinks to hurt you and the family but I just wanted to tell you that Iâ€™m sorry.â€ As soon as you mentioned my name I started to cry. I cried out that I was sorry for all the things that I had done to you. You cut me off and said with the calmest voice â€œitâ€™s OK man, I forgive you.â€ I said that I didnâ€™t want you to go, that I loved you and missed you. I began to cry again and you put a hand on my shoulder and I really felt it. You then told me â€œItâ€™s OK man; Iâ€™ll see you on the other side.â€ With that said, you simply turned around and walked away. I tried to chase after you screaming Nathan donâ€™t go. I woke up still yelling for you with my arms stretched out; my pillow soaked from the tears that were shed in my dream. Iâ€™ve never experienced anything like that dream in my life. I tried to push that memory deep down inside and I havenâ€™t told anyone until recently. I know that mom and dad would love to hear it.

I just feel so bad that I had finally came to the realization that I needed to forgive you and didnâ€™t even get a chance to tell you. I donâ€™t really talk to too many people about how your death has affected me. I hope that when I have a boy I can name him after you. That would make my day. Itâ€™s amazing how writing this letter makes me feel so much love towards you and I feel a heavy burden off of my shoulders. As much as I tell people youâ€™re suicide doesnâ€™t bother me, it does. Iâ€™m finally able to talk about it with others and not feel judged when I breakdown. I still love to go for remote drives on country roads and think of you. Every time I look at the ocean or something peaceful I think of you. I will continue to think of you until the day I die. As I lay on my death bed I know youâ€™ll come to me and comfort me in my last moments on the earth. Iâ€™ll just look up at you and reach my hand out for your should and with my last breath Iâ€™ll say â€œItâ€™s OK man, Iâ€™m coming to see you on the other side.â€ 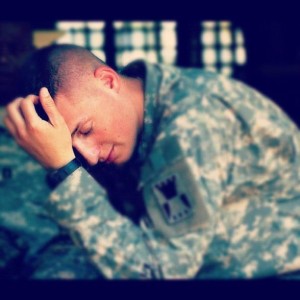 in a sad madness a monster exists

I’m sorry for your loss Joel. The death of a sibling must be a horrible thing to endure. And the fact that he took his own life probably only makes it worse.

I hope Nathan is in a better place now, and I hope you are able to find peace with what happened. As hard as it is to accept, people who commit suicide want to die, so just try to remember that.

I’m sure Nathan would be very touched if he knew that you are planning to name your son after him.

Thanks for your support.