Self-medicating: Drugs, alcohol and sex — I’m all for it!

So we suffer, some of us not so silently.

We self-medicate, I need a couple cocktails in the evening. I have a friend who likes “reefer” (it does nothing for me.)

We (you all out there) also use sex as a drug (some of you anyway) to lose yourself in for awhile. Sometimes 10 or 15 minutes, in my case an hour and a half… 🙂 but it helps for awhile anyway.  And the planning, arranging when to meet, where, etc. takes some time away from our collective misery.

Now I’m sure many if not most of you out there have heard the usual BS from your mental health professionals. They are Johnny One-note. One size fits all. They are monolithic in their dogged adherence to the belief that drugs, alcohol and sex are what caused your problems, your mental illness, your messy divorce, your suicide attempts. It certainly happens that drugs, alcohol and sex can wreck people’s lives, but I think every case is different. If someone started drinking AFTER his ***** ex-wife cut him off from his children, well then it’s hard to blame the alcohol for that.

Your doctor, or psychologist mindlessly lectures you to refrain from these vices… and just why? So you go sit dutifully legally medicated in your crummy little apartment suffering out of sight in your own little private hell.

I, personally, want to have a Long-Island Ice tea right after having a good fuck session with a good friend! I don’t drive drunk, ever, I’m never featured on an episode of cops shirtless in fight with my ex, I take care that I don’t have syphilis, gonorrhea, herpes, AIDS or the like. But if worse comes to worse at least I was happy a little while.

Sure there are risks involved with all these vices, but what are we living for? Is this your life or the mental health worker’s? You should stay home taking your meds, like the workers in Nineteen Eighty-Four. or Metropolis. 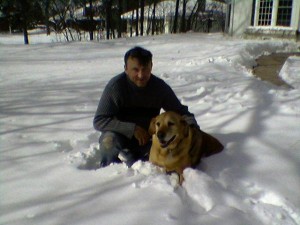 They are dealing with people as herding animals. That’s also why they believe, or at least they say that every suicidal thought is an outgrowth of mental illness. Breaking news– sstop the presses! Other people’s opinions or choices do not constitute mental illness just because they don’t jive with your world view, Mr. Mental Health worker,  Mr. politician, Ms. pre-maturely graying social worker.

If you discovered one day that life sucked, that people are horrible, that your father was a molester, whatever, who wouldn’t be depressed? I think that a lot of the people on this site, many, most are better, more humane and caring than 98% of the people walking around who never contemplated suicide.

What do you think people? I’ll be done and see what you think.

(You may noticed that I left out cocaine and heroin from my short list, that’s because I think they are examples of the cure being worse than the disease.)

Why Are People Such A**holes These Days?

They meant a lot.

I Just Want to Go

Hedonism is really helping me get through this time. I think the issue is that as mentally vulnerable people, we are more susceptible to addictions that could make things worse. I could easily slip from drinking too much to becoming an alcoholic. I watch out for this – I make sure I don’t have a habit forming. I just have fun. The problem with forming a drug/sex/alcohol habit is that the pleasure can start to wear off and it becomes another problem.

For now, I am hugely enjoying sex and drinking and dancing til the early hours. I’m definitely doing more of this at the moment. I’m getting through my days by drinking from this pleasure of life.

Hedonism is not a long term solution, but it’s sure helping in the short term.

I wish you were in Duluth Pink, because I am having to have my best friend ever put to sleep tomorrow at 10:30 in the morning. I am having a Gin and limeade spritzer right now, and about 11 am tomorrow I am going to need some big time serious short-term relief!

I will post a picture of him if I can figure out how.

The one-size-fits-all thing is annoying. No matter what angle you approach it from – I like a little booze, but I also like my psychiatric meds (they help), and I can speak with certainty that sex would in fact make my life immensely worse than it currently is. Gah. Relationships and messy physical activity. I’d rather cover myself in honey and run through a field of angry bees. Different strokes for different folks, I suppose.

My own personal feeling is that while such vices arent a solution to many of the problems that result in people ending up here, they can (if enjoyed in some level of moderation), be a most welcome, albeit temporary relief. One which I personally am very grateful for!
I imagine the reason they are so discouraged is that at the end of it all, youre no better off than you were before. Ideally I suppose it would be good to pursue other avenues to improve your situation, but whatever anyone needs to get through the day is all good with me!

I think as long as your health is not impacted, having positive experiences builds resilience which helps you deal with inevitable negative experiences that get thrown your way.

I would say that even if your health is impacted, as long as the subjective benefits outweigh the objective detriments, “it’s all good.”

Yay for hedonism. My drug of choice is food…

Hey I’m one of those unfortunates rage had hadn’t life taken over by drugs and stuff. In Australia it’s the opposite they think that its the symptom not the cause. They don’t work from the disease model like they go in the USA . I personally think there more onto it over you way.
But it sounds like you don’t have an issue if I could get wasted at night a few nights a week id do it mine starts in the morning