Everyone crying over love

Everyone crys or hurts after a break up.  If you don’t, than you didn’t really care anyway.  If I tried to off myself after every relationship that went sour, surely it would have worked…

You really can get over these people.  It just takes time, depending on the person.  The boy I dated before this guy, we were together a year and a half.  I thought I loved him, but I loved the idea of him.  I was lonely and in a new city.  He offered me free drugs, had a nice car, and put up with my drinking.  The sex was awful, but what did I care, I didn’t ever remember it anyways.

So I’m being a complete hypocrite, but I would like to try and keep that at the front of my mind.  I’m still with this guy, when I know it won’t be forever.  It could have been, but shit just got too bad.  We can never pull ourselves out of this.  IDK what the hell I’m doing here.  Maybe I feel like no one else could love me.  That’s all because the things he says to me.  I’m a monkey, a ****, *****, blahblahblah.  It def doesn’t hurt like it used to.  That’s a good and bad thing.

He has absolutely no filter.  Screams at me in front of neighbors, clients.  Its whatever, someone here told me not to lose my dignity, but that shits long gone.

He keeps me for free work and because, i dont fucking know.

Long story short, we will get over these exs, just gotta hold on long enough. Especially for the younger people here.

I won’t die today, by my own hand, probably because of the clonapine and kratom.  Follow my example.  Happy Sunday 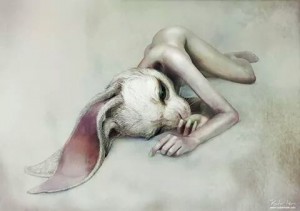 thanks for sharing your story. You should leave that guy. he is a hypocrite, not you. leave him now and now.

Ok, well i was talking about myself and my stupid situation. I have just read so many stories, where people just want to die from a break up. God, why am I such a big asshole, thinking maybe some younger girl could learn a lesson, and save herself from years of torture over bs men.

ty for the lesson but you should leave him or tell the reason why he says these things… I called my ex a ***** and whore infront of her neighbors but she cheated on me… Many times and has memory loss which I also mentioned near her neighbors with the explanation that it might be from sucking dirty ….’s

Btw free drugs are nice but if he calls you these things then technically they are not free.. just that it does not cost money does not mean that you are not paying. You pay with you’re company. Sex. Sharing the bills? Etc u can pay in many ways. for example if I repair someone’s laptop and they decide to give me some drugs for it then I would not be irritated of the time I spend on it.

That’s a sick, abusive relationship-why do women think it’s ‘normal’ for guys to treat you like shit and put up with it? It’s your life-any sensible person will tell you to leave him, but only you can make that decision.

I once tried to save a very pretty girl from an abusive guy and it never worked. It just put my own life at risk and she didn’t seem to care about the effort I was putting in to help her. So you end up getting what you deserve if you don’t get out of such situations.

Sorry love, but I don’t think you are a “monkey, a ****, *****, blahblahblah”. I have always found your comments to be helpful to others going through a similar circumstance. I hope you see your worth, the worth I have seen.