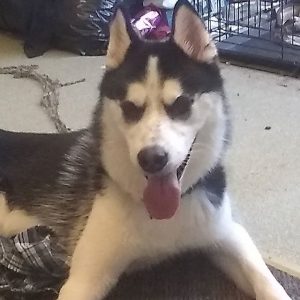 One of the only reasons I haven’t killed myself is this guy. I would worry too much about what would happen to him if I died. I also had a nightmare recently that my mom killed herself, and it really made me think twice.

I’m just still really torn up about the restraining order. I know in my last post there were some comments that were helpful. I’m not so much obsessed with the person who has the restraining order….more obsessed with understanding the why. I listened to Taylor Swift’s new song Exile, and it made me tear up a little because it was relatable. Not only did she reject me, but I have been banned from one of my favorite places over it. There are straight up so many people who refuse to even speak to me…..like it kind of hurts. I guess I’m just meant to be a loner.

Im trying to figure everything out

That’s the best reason to live that I’ve ever seen on this site or any other. Life is BS. It does not get better. But anyone who has a dog, or cat, or I hear rabbits & pigs are just as affectionate, we owe it to them to protect them until we die a natural death. Thanks for the reminder.

I was pretty harsh on you last time, but I kinda get where you’re coming from. My ex-girlfriend asked me to stop contacting her (I would text her occasionally, because I kind of hoped I could get her back.) That was the worst day of my life. Years later, I would still think of her and hope to bump into her somewhere, randomly.

It hurts when that connection is severed, suddenly. I suppose over time I have tried to tell myself that she is better off like this, happier, and that is what I want for her, right? I want her to be happy. And I couldn’t make her happy. It was me who broke up. I was the uncommitted one. So. Fair enough. More than fair. I got what I deserved.