I have been suffering with depression for quite some years now. It causes me to lose sleep, lose weight and takes with it my drive to get anything done. But with my depression also comes allot of anger…at times for understandable reasons and other times just for minor inconveniences.

I often experience intense fits of rage and at times i’ve broken my own belongings, more often i shout at the top of my lungs hurting myself (my left hand still hurts from last week). The rage i experience feels so intense…it feels like electricity is coursing through my head, as if i’m about to literally short-circuit any moment.

Perhaps it doesn’t show on the outside since people often read me by appearance and body language as being friendly and kind (i am friendly and kind), but some people like to take advantage of that and take that as you being a push-over or an easy target. Sometimes i get harassed while in public and each time i have to exercise tremendous amounts of restraint, so as to not become the worst version of myself in that very moment.

I have experienced sexual harassment; sexual remarks, sexual assault, just last year a guy groped me from behind and made a sexual remark about my butt. Just 2 weeks ago i had a guy following me around through city mall from shop to shop being a straight out creep! Sometimes it’s just ”plain” harassment; About 5 years ago i came out as transgender. I live in a very small town so before you know it everyone knows your business! People that knew me before my coming out started going around spreading the word about me to their friends and encouraged people in their circle (who i’ve never met before) to start harassing me.

I’m very patient, but sometimes i feel like i’m going to f**king lose it and Sparta kick someone through a glass window. If it’s not the experiences i’ve mentioned above…it’s the people who are just unpleasant to deal with, that you meet everywhere while being out in public! Talk about mentally exhausting…having to deal with all of that on top of depression and grief over losing two grandmothers in the same week to Covid-19. 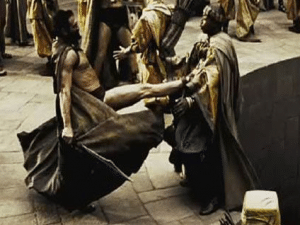 He thinks, he says

I resonate with so much of this. Depression takes my drive to get anything done too. Instead of losing weight, for me, it causes me to gain weight (I get depressed and so I eat).

I also experience a lot of rage. Rage at all the injustices I have faced throughout my lifetime. And still have to face.

While I am not trans nor black like you, I am a minority. I have had to face discrimination my whole damn life, from everyone, from whites, from blacks; it’s a daily occurrence. Harassment from random strangers on the street while I’m just trying to walk or get on my business. Yes, I definitely do understand you about the constant daily harassment- both sexual and non sexual- it is tiring to constantly have to battle that. I’ve had creeps try to grope me and follow me as well. Seems like there’s endless creeps and assholes in this world.

About the small town and transgender part- perhaps you could move to a different city or town? I had a friend who was trans and sometimes you have to move, even if it’s as close as the next neighborhood, and start fresh so people don’t know you. I think she only moved a few miles in a medium size city, but just far away that new people don’t already know you.

Also same with being nice. Being seen as nice means people see us as easy to take advantage of and use. So people who know us take advantage, and people who don’t know us harass us bc of our gender and race. Nice life eh? This is why I’m depressed and angry too- no matter what we do or don’t do, we get screwed. I’m much older than you so I’ve had a lifetime of this shit.

I’m so sorry you’ve had similar experiences! It’s honestly so exhausting. It takes allot of restraint at times to deal with bullsh*t on top of personal issues.

Luckily at times i manage to find peace in my hobbies.