check out my previous post for the backstory. so the girl i was crushing on? i got drunk and confessed to her on 6th october. we’re together now. it’s a long distance relationship and we haven’t met each other yet, but something about this feels right. hope it lasts, wish me luck y’all :”) *fingers crossed*

i’m grateful to have around 9-10 friends that’re really fucking supportive. but on the other hand, i have a toxic, conservative,  religious and an extremely strict family. also i met some people online, they turned out to be toxic af and my energy gets drained every time i’m with them. might cut ’em off soon.

but apart from that, idk what i want from life? i’m studying biotech rn, 2nd year. might pursue cancer research in the future i dont fucking know i just wanna go far away from everyone.

how’s quarantine for y’all? it’s kinda shitty for me, i don’t have easy access to booze or tobacco as i’m living with my family rn. back here after a month. overthinking should be my middle name fr. from over analyzing every text of hers to deciding the title of this rant, i’m a confused mf. i came across this website four years back when i was 15, fuck i’ve grown a lot since then. nothing new in my life rn, online uni is trash (engineering). i met some nice people online in may/june, caught feelings for a girl who lives 2700 kms away. apparently she likes someone in canada and has/had a thing with him from the past three months. but we flirt/get cute in dms. i know the guy kinda well but don’t have anything against him. some days, she gets overly affectionate but the other days are filled with dry and one worded replies. a couple of close, mutual friends told that she might be considering me as a “second option” or contingency plan, as you may call it since my uni is pretty close to where she lives. that part kinda hurt like a ***** ngl. but again, it’s me. i’m a fucking idiot when it comes to relationships or crushes or whatever. it’s like i KNOW i’m gonna get hurt but i put myself through it intentionally.

i’m turning 19 really soon, my sister is 8. i’m currently in my 2nd year of bachelors (living in the middle east, studying in india). my parents have been emotionally abusive and manipulative from 2015. it’s too fucking hard to explain and idh the time to type it out rn. they’re extremely conservative, religious and superstitious. i cannot share any details of my personal life with them as they’ll use it at a later time to constantly belittle me. they openly said they don’t like me as i’m an atheist and haven’t prayed in years. till 2017 they used to beat me up if i didn’t obey but they gave up soon after that. i genuinely want to fucking move out, go to a country far, far away and start afresh. but the only person i care about is my sister and she’s too young to understand abuse. it’s gonna take her at least 10 years to comprehend. my plan is to complete bachelors, hopefully get a scholarship and go abroad for masters. the problem here is that i cannot rebel at home, i have to stay quiet and watch them abuse my little sister. if i rebel or speak up in a harsh manner, they won’t fund my higher education and a higher edu. is my only chance of going far away. how am i coping up with it? i smoke and vape frequently and dive into things i like to keep myself busy all the time so i won’t have to talk with them. i’m always in my room avoiding everything else. no, i’m not going to go to the cops or child protective services or whatever, i just wanna get the fuck outta here soon.

i’m here after two months. feeling slightly better as my second year of uni commenced a week back and i became a part of a pretty good research club. i’m here to talk about fond memories and clinging on to them. this post is mainly about a friend i made in grade 10, four years back. if you’re ever here, N, i hope you come across this.

she transferred from an all girls school to a co-ed school (mine) in 2016. i was one of her first friends. turns out she lived literally two fucking minutes from my house. we bonded pretty well and got close in a month or two i guess. close enough to the point where she was the last person i met before going on a holiday and the first person i met after coming back. didn’t have a crush on her though, moreover she wasn’t interested in dating.

something about her general attitude towards things spiked an interest in me. more on this later. it felt like she had her life on track and did everything according to a schedule. i was always OVERLY sentimental about objects and places and people and probably will be so in the future.

come grade 11, and we stopped talking as much as we used to before. towards the end of grade 11, i started dating this girl. my memory of that is pretty fucking shite but N and i had some beef in grade 11 and we used to diss each other on a group chat. come grade 12 (mid 2018) and i had a terrible breakup with that girl i started dating towards the end of 2017.

i got over my breakup a year back (my weak ass took a wholeass year to get over a 8 months’ heavily toxic relationship). i still haven’t gotten over the friends i lost during high school (grade 10,11 and 12). surprisingly (or to no one’s surprise), they’re all girls. i’m tight and always have been pretty tight with guy friends, never had beef with them and i’m friends with some guys from fucking 2011. anyway so my ex spread some bs all over the school post breakup saying how i “forced” her into things etc. and people bought it (including N). but the ones who really knew me got my back.

i tried a lot to talk to N about it but she wasn’t having it. this was somewhere in the end of 2018. i contacted N again mid-2019, she openly said that she cut off a LOT of people from high school and had only a tiny but close group of friends and she isn’t gonna change that. she said she only wanted people in her life who would help her grow in a positive manner and away from all drama. soon, she unfollowed me on instagram. my dumbass contacted her again on snapchat (Jan 2020).

“hey, i’m going back to uni soon, here for a few days more. would you like to meet up for old times’ sake?”

got left on read.

i genuinely don’t know where i fucked up, but i know i did. i do NOT want to beat myself up over a four year old friendship that ended sourly. maybe i’m the toxic one as i’ve lost over two close girl-friends, notice the hyphen.

i don’t want any “motivational quotes” or “don’t focus on the past” or “focus on the friends you have currently and cherish the time spent with them” or yada yada fucking yada, i could look up motivational shit on google too.

instead, tell me what YOU would do if you were in my situation. i genuinely miss her but i’ve accepted the fact that she’s not coming back. i have a pretty tight group of friends, all from high school though. i HATE my uni life and most of the people there (don’t judge).

the days just go by. i distract myself by watching a LOT of tv shows. about 12 hours of screen time a day. the routine is so fucking monotonous. i’m in need of some serious motivation. what keeps y’all going? i feel like i’m living just for the sake of it. 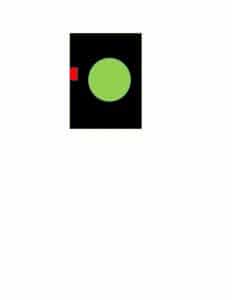 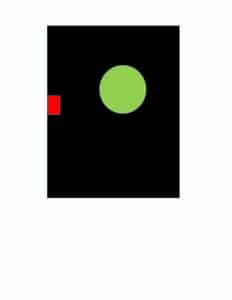 interesting analogy^ i came across this article sometime in 2018, thought i’d add a few lines of my own and share it here.

the black box represents a person. the green ball represents grief/pain that a person undergoes. the red area is the pain box.

A : the ball is too big to move without hitting the red box. every time it moves around the black box, it hits the red box. the grief is too much to handle initially, be it the loss of a loved one, or a failure at something.

B : over time, the green ball doesn’t get smaller, the black box gets bigger. we as people grow over time. experiences make us better people. we broaden our minds to new perspectives and welcome new opportunities.

but that doesn’t mean the grief fades away or reduces. it’s ever present as it was before. the frequency of it appearing it is less because the person has learnt to live with it. it will strike, when the person least expects it to. a song, a familiar moment, a scene or even a place can bring back the grief hidden for ages.

the people you have in your life grow and occupy space in the tapestry that makes up your life. when they’re gone, it makes a hole where they used to be. the memories and love are still there and may always be there. so don’t look at your tapestry as filled with holes – look at it as your own unique lace pattern. the pattern isn’t over, but it is constantly changing. the pain of loss doesn’t ever really go away, but it does lessen over time.

this very analogy helped me through a rough breakup two years back, hope it’s useful to someone out there too.

a big fuck you to my mom who said that suicide is only for “the weak”.

does it get better? i fucking hope so.