Egotistical Dipsomaniac Snapchat or Kik if you need someone to listen: RyanSchrienk 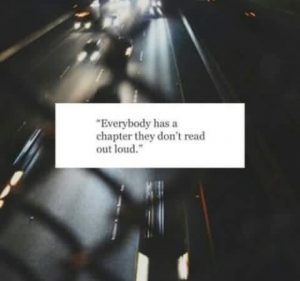 I’ve always liked this as I find it very true. So if I’m going to tell someone, it may as well be with people who might have similar experiences. My chapter surprisingly isn’t my depression or suicidal tendencies; instead it is my addiction problem. I’ve been exposed to drugs and therefore addiction a majority of my life. […]

I’ve known for quite awhile that my sister has been sexually active. Although it may not be my place I’ve tried to explain to her that she’s really much too young to being doing such. But, why listen to me right? But tonight I was pushed over board. The reason why is she just turned 14, but is now having sex with a 19 year old man. I confronted him today at a Shell, while not much happened other than a shoving match and getting in each other faces, some bystanders called police. Of course they just let us go as neither of us have […]

First Post, Just Ranting So No One Takes The Time To Read It

I’ve been lurking on this sight for months now: but just recently made an account. I’m not sure if I waited so long because I was nervous about posting or because I didn’t want to push my problems onto others. But anyways, I guess now is a good a time as any. A little background before I get into what I really want to talk about, my dad was a very abusive drunk and mother left us relatively young due to a substance abuse problem. I was always looking for a way out, a way to find some normalcy in my life. Eventually I found […]