No intelligent creator would make a world, filled with people, so damn lonely.

Sometimes I just do things and don’t realize how fucked up those things are until it’s too late. It’s like something just takes over my mind or body. I have sex with boys that I don’t really like then I get mad at them for calling. I am not a good person. Or I don’t know how to be one. I don’t really know. I always say that I’m not just one of those bitchy girls who plays mind games and fucks around. But I am, that’s exactly what I do. In fact, I’m probably a lot worse than all those girls because the entire time I just pretend that it’s not really me. Or that’s what I tell myself. I don’t really know. It never feels like it’s me. Looking back, thinking about all the things I’ve said to make these boys like me. But it’s not really me. I am not like that. But I can’t stop pretending. Then I get mad at the boys for falling in love. Because it’s not really me that they love. They don’t even know me; not the real me at least. And it’s not their fault, but I hate them anyway. What the hell is wrong with me!? Sometimes I feel like I am watching myself do these things, just watching and not participating. I feel like my life is some show that I have to watch as the story unfolds. I watch myself make horrible choices and I watch myself fumble around with the consequences. I watched myself try to die five times. And now I have to watch myself try to pick up the pieces of the life I broke. And the entire time I have no Â  idea why. Why the fuck do I do these things? Why did I start taking all the drugs in high school? I know it wasn’t to fit in or to be cool, because nobody else knows about it. Why did I get drunk all the time? Why did I go for the guy I knew would cheat on me, rather than the one who just wanted to see me happy? Why did it hurt so bad when that boy, who I knew would cheat me, slept with someone else? And why, five years later, do I still fuck around with that boy, who I knew would cheat on me and who don’t really like that much? And why did they pump my stomach at the hospital when all I really wanted was as end? Why did they send me to the psych ward where they all pretended to give a shit while really giving none? Then they sent me a bill that I have to pay or I can’t ever own a home. But I didn’t want to be “saved”, I didn’t want all that poison out of me and I didn’t want to spend that time in the psych ward with the people who pretend to care. Where are all those people now? How could they say that they’re trying to help when they don’t give a shit about what happens when I’m not locked up? It’s been a year since the last time and I’m no better than I was. I won’t try to kill myself again so I guess they win. But I still don’t understand why me being alive and miserable is better than me not existing. Especially because one day I will die; why is it so wrong to just speed up the process? Why is it so wrong for me to take all the medicine they gave to me when it’s alright to take just some of it? Why do other people get to decide what life is all about even when it’s my life that they’re talking about? Why was it such a waste when I dropped out of college? Why the fuck do I have to get married and make babies. I don’t understand why my entire life I was told to not worry about the boys and what everyone else thinks, but now that I’m older I’m wasting my life, the life that I don’t even want, because I never want to get married. And why do I get nagged for not eating when I’m told that I’m overweight. Why am I told to go to college and get a better paying job when all they used to say is money won’t buy happiness? Why did they teach me about abstinence and contraceptives if I have to want to be a mother? Why is it so wrong for me to want to be dead when they told me I could be whatever I wanted? Why am told to never lie when everything I was ever told is a lie? Why is it so wrong to daydream if I was told fairy tales everyday? They gave me all these conflicting messages and all this bullshit advice then they wonder how I could ever have failed at life. It’s unnatural to not want a child and to not want to live anymore, but it’s alright to keep bringing fucked up people onto this planet that’s already filled to the brim with people who either refuse to leave or aren’t let to leave by the doctors and nurses and social workers who are “saving lives” when they pump poison out of stomachs. Why is alright for someone to kill another person, living miles away, across an ocean, in the name of freedom, but I am not free to take my own life?

Every choice you make makes you unique
â€œYou are the universe experiencing itselfâ€
-Carl Sagan
We are a random assortment of protons electrons and neutrons or quarks if you want to go deeper
Of all the different combinations possible a vast and infinite universe is built
In that universe a galaxy completely unique to every other galaxy
In that a solar system, quite different from others a planet
where the particles combine
to make chemicals that send signals to biological organs
made of cells made from the particles
all within these natural machines called humans
that convert food into love and movies and music and thoughts and actions and choices.
All the infinite choices all the combinations
Even though the same particles make up the machines
and the sky
and the stars
and the signals to my brain telling me to do the things I do
to think the thoughts, of all the possible thoughts
out of the possible combinations of quarks and atoms and elements and so on
of all the possibilities I am right now experiencing this one
no else can experience all the exact same chemical reactions
all the particle attractions
And so with all the thoughts and feelings and decisions
That these machines create
each of these machines is completely unique.
No one else can be you in the same way that you are you.
You are universe experiencing itself.
You are the particles trying out their luck, their possibilities.
You are the particles reacting to all the other particles.
The universe reacting to itself
facing itself
suffering through itself
and triumphing over itself
You are the universe realizing itself and understanding itself.
You alone can know all the things that you know
You matter.

The little thought
it grows
a cancer of sorts

No room for hope
for a purpose
for love

Left with nothing
just the thought
and the pills

An attempt
then another
and then a couple more
but I’m still here
So I take this silver blade
run it quick down my arm
because maybe, if only
fifth time’s the charm 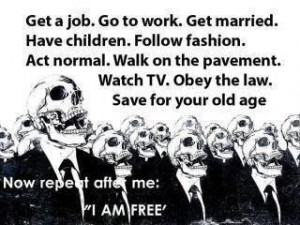 I thought this would be appreciated here

I have a good life; so whats wrong

Not to toot my own horn, but I’m a relatively smart person. I’m likeable and decent looking. I’m very good at quite a lot of things. With a little hard work, I could have a “perfect” “successful” life. I have no logical reason to be so suicidal. I know that life can be hard, but I have good support. I have trust issues, but I’ve never been hurt too bad. I’ve had my heart broken, but I got over it. I have anxiety issues but the therapy and meds have it under control. I have a good life. But I just want to die. I don’t want a good job with nice pay or a husband and kids. I’m too fickle for true long lasting love and I’m okay with that. I just want out. I never wanted in to begin with. I didn’t ask to be born. And I just don’t see a point to any of it. The whole life thing is boring and pointless and I just want out. I have no will to survive, that innate, primal need to survive. I just don’t have it in me. Maybe its like an evolutionary thing. Maybe some people are just born suicidal to keep the population under control. I don’t know. All I know is that I want out. I feel like an asshole. There are people suffering every single day just to live another one. People fight and survive horrible diseases, famine, accidents and so much more. And I can’t manage to find some will, some motivation; something worth living for.

I just need someone who cares. I’m not looking for love, a relationship or even a friendship. I just wish that someone, anyone at all, gave one fucking damn

A drugged out zombie
with the chemicals
coursing through my veins

It may all be fake
but at least its not real

My coldness scares me sometimes. I’m uncaring and sometimes I don’t care about my lack of empathy. Other humans are like unfeeling robots to me. They are strange, alien, and unfamiliar to me. I cannot comprehend the fact that they can feel. They can love and hurt and be heartbroken. I understand that on a logical level, but I have a hard time believing it or caring. Something is wrong with my brain. I am heartless and completely apathetic.

every little thing is a weapon
my way to salvation
every sharp object; a blade
to cut deep into my veins
every cord easily tied to a noose
so I can dangle freely
as I squeeze out my last breath
every roof or bridge; the perfect height
for my final climb
every pill; a potent poison
when taken in the right dosage
everywhere I look
I see a thousand ways to die
everyday I’m alive
I daydream a thousand little suicides

I have this song stuck in my head. It reminds me of me sometimes. Sometimes I feel like killing myself just because I’m bored, completely unaffected, apathetic. I feel like one day I’ll just be bored to death; literally.

Anthony walked to his death
Because he thought he’d never feel this way again
If he goes back to the house then things would go from bad to worse
What could he do?
He wants to remember things exactly as he left them on that funny day
And if there is something else beyond, he isn’t scared because
It’s bound to be less boring than today
It’s bound to be less boring than tomorrow

Hilary walked to her death
Because she couldn’t think of anything to say
Everybody thought that she was boring, so they never listened anyway
Nobody was really saying anything of interest, she fell asleep