every living creature on this earth dies alone.

to “a dying soul” 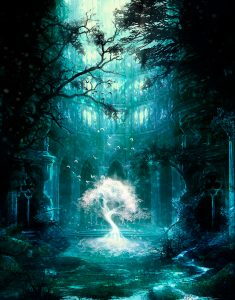 hey, i said i was gonna post more art for u; sorry its taken so long. been on holiday from SP. hope u like this one. its called tree of souls. by the same artist as the last one. really hope ur doin ok.

to “a dying soul” 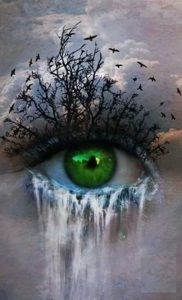 i thought u might like this. a good friend painted it. it kinda reminded me of the pic u posted earlier.
take care

well im trying to deal with this grief business (thanks to some advice from some very intelligent members here), not very successfully i might add, but then again whats successful grief? in an attempt to feel closer to my friend, when im alone i reread her emails, posts and messages. then i start to think about things i didnt or should’ve said. maybe it might have made a difference….. maybe not.    all this is really doing is releasing the endless stream of tears i seem to have, which never dry up. i know she wouldnt want me to be like this, & i dont want to fuck up her memory, but it does make me feel closer to her.

i have to do something cos i cant keep going and feeling like this. & constantly posting these morose little snipets.

summer aint for me atm…

well its coming up to 6 weeks since my favourite person in the world died. it was so hard at the start. i still at times dont really believe she has died. anyway it was getting easier, i wasnt crying so much anymore , even seeing her picture or hearing her songs. then yesterday out of the blue it all hit me again. i spent every minute that i was alone yesterday in tears. at work im distracted and its all i can think of.

i havent dealt with grief in my life before to any great extent, so i dont get this.

anyone have any ideas on how to deal with this shit? i dont want to forget her but i cant cope with these feelings.

i dont believe in fairytales ,

& dreams do not come true,

the day that I lost you…

passed the used by date…

sometimes i wake up and get to thinking that i have gone past my expiry date. for as long as i can remember i always just expected to be dead by this time in my life. not necessarily from suicide, couldve been anything.  but i just have this feeling like i missed my time and now im destined to live each day with this knowledge . i know there is an option, of course, but i think it is actually alot harder to commit suicide than most people think (me included). so i guess im just gonna keep going, living life a second at a time, and hoping for the best.

seriously that is the best fucking news i have had in ages. i have been thinking about you and wondering how you were traveling.. what is it 13 days ! !! thats so amazing. for an addict like us to go one day is a miracle but 13… shiiiiiit. you killing it. you should be proud of urself. all u need now is to change ur user name to ‘notshootmeup’.

if the zoloft is helping keep on it untill ur ready. i been on lexapro (which is pretty mild) for ages. it helps with the anxiety and depression .

im still reducing off methadone, on 90mg now. still a way to go but like u, i know this time its it.

thanks so much for letting me know how ur going. if u ever need to chat my email is scott dot james dot harvey at gmail dot com

btw.. ur my new inspiration this week.

chillin at my morning coffee spot before work, & this guy is throwing his happiness and feeling of freedom in my face… damn him!! 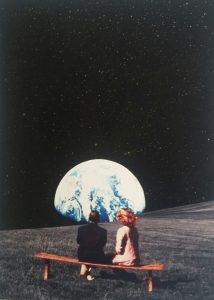 if wishes were dreams & all my dreams could come true… 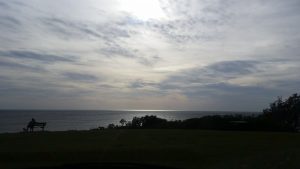 another pic from my morning coffee spot. i sit here, go on SP, & psych myself for work. imagining i was out there, traveling somewhere new. doing something amazing.

if this aint grief… im fucked.

now, im trying to work out if one can feel grief for a person who has died even though they have never met, in real life.

a very close online friend died recently, not by suicide, which is ironic in itself given that we met here and connected on our chosen preferred method of suicide. what followed was an amazingly close but short lived friendship. we had everything in common, we chatted every day and exchanged everything from pics to videos of us playing music. truly the most amazing person i have met in my 40 years on this asshole planet.  i knew she was sick but we both kinda chose to ignore it…which hurts so much now. i wish i had done more, anyway, when i finally heard last week that something had gone wrong and the cancer was too far gone, i was in deep shock. so two days later i get this time delayed email saying goodbye with a bunch of songs she sang. fucking broke me. and now all i can do is play her songs, look at her pictures, re read messages and get upset. constantly. since then i have been emailing her every day, eventhough i know she has gone…. seriously whats up with me??

so i need to know if im experiencing grief or my cheese has finally slid off my cracker once and for all!!

ive not lost anyone really close to me before, hence my confusion at my feelings.  im just a freaking mess atm but even though, it feels different to my old friend depression.  anyway, im lost. and really….

if this aint grief… im fucked. 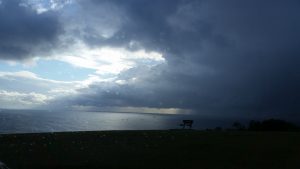 finally a day thats not mocking me. let it rain & never stop. all the sunshine in australia is too much for me. i should’ve been born somewhere cold and dark. i miss winter. hurry back to me.

the world is a baffling place for a junky

well technically an ex junky ,  but no less baffling. here i am, 40years old. finally doing the right things in my life. not using drugs, working all the time, basically trying to be a good human. when i meet someone who is destined to change my life, which they did. im talking about someone who is so much like the other half of me its not even funny. a person who was dealt a shit hand in the early part of life but didnt get all twisted and fucked up, instead decided to do whatever they could to help people who went thru a similar experience. so as of this weekend the world in its infinite wisdom chose to take this person from me, courtesy of an inoperable tumor. thanks world.

so wheres the fucking justice in this place. so many ass head fuckwits who do messed up things to their fellow humans get to live a long life but yet time and time again i hear stories of good people who get taken from this world way before their time. usually in fucked up ways too. so is it just me, or do others find the world as baffling as i do?

as a form of self protection i taught myself early on to not get attached, so i have had very little experience with loss and grief. so the one time i do, this happens. fuck it. it hurts. im a mess right now. crying all the time. im fucked. when will this stop? i cant handle this shit. all i want to do is start using drugs again, but that would be shitting all over the memory of my dear friend. i hate this. when will it stop?when will it start to get easier? when will i stop feeling like someone ripped  a hole inside me?

im sorry if u read this, im just venting,  theres a few mins of ur life u will never get back !!!

i am however glad that i met u. u changed my life in ways u will never know. every time we spoke u shone ur light in my little dark corner of the world and made it just a bit more beautiful. im glad i have so many amazing memories of u. ur music, ur paintings, ur photographs will be with me forever, as too the memory of ur beautiful smiling face. our friendship was short but amazing, & i will find u in the next life i promise. till then u will find ur casey and be free from all the pain of this mortal coil. i love u kr and will miss u always.  and ur right, in the end…

all the stars are falling.

i have such a love hate relationship with this place. i love it because its made me feel at home, a part of, & has given me some really cool people in my life. if only briefly. it has also made me feel not so alone at times, which as u all know really helps. so thank you.

but… i hate it so much at times. every time someone amazing decides to ctb it fucking breaks my heart just a bit more. i know its a suicide site… i get it. i do. but when it happens im reminded of how fragile it all is, & how its just hanging on by a thread. even me atm. i feel like im just hanging on. i have never ever cried so much as this last month. i spent my life avoiding getting close for this exact reason, it hurts too much when people leave.

so anyway, just a little rant. i might just stick to posting photos from now on. 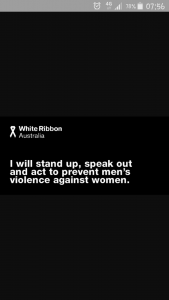 its white ribbon day today, & as a man who grew up with domestic violence against women, i want to put it out there that i support this cause. women are amazing wonderful beings who should never have to suffer at the hands of men.

because u sang it…

“for you will bend & tell me that you love me,

and i shall sleep in peace untill  you come to me.”