It’s been a while and I still want to die…

It’s been a minute since I posted here. I was seeing a psychologist, which no big surprise, didn’t help. He kept wanting to prescribe anti-depressants I’ve already tried and didn’t help me. He wasn’t familiar with existential depression either. A couple months in my healthcare coverage lapsed so I stopped going to see him, which I was going to do anyway. Just a waste of time. My b-day is coming up in the next week and a half. I’m thinking about killing myself on my b-day. Everyday is filled with depression and existential angst, I hate waking up and being conscious. Nothing about life excites me anymore and I am becoming such a misanthrope that I am starting to entirely hate humanity and their stupidity. I just graduated from my Paramedic program and have to take the state exam to get my license but I’m tired of working in the EMS field, which has attributed to my PTSD and depression. I just want to be able to get over the hump and pull the trigger so I can be released… I hope I’ll be able to do it…

“There is a very popular opinion that choosing life is inherently superior to choosing death. This belief that life is
inherently preferable to death is one of the most widespread superstitions. This bias constitutes one of the most obstinate mythologies of the human species.” – Mitchell Heisman

The Reality of Life

“We’re animals, and we’re on this hunk of Earth hurdling through space. There’s no meaning to life. There’s no purpose. It’s completely absurd and pointless, and we’re just creatures crawling around trying to have sex, and eat, and have shelter. And the only thing that’s for sure is that we’re going to decay and die, just as our ancestors did, and just as our progeny are going to, and that’s it. Does that sound good? That doesn’t sound too good.” – Jeff Greenberg (Flight From Death – Documentary)

Countries which recognize depression as criteria for euthanasia?

I remember researching this some years ago and recall that even though a nation would honor the criteria for euthanasia, it didn’t hold true for foreigners.  Where can one go, for a low-cost, where one doesn’t have to be a national, and be primarily guaranteed death with minimal pain?

So, I already had my initial appointment with my new psychiatrist. He said he was familiar with existential depression but was not too familiar with existential psychotherapy. He asked about all the anti-depressants I’ve tried and I told him I’ve tried them all and I don’t respond except experiencing the horrible side effects. He wrote me a prescription for Remeron, which now I recall I was on before and had extreme fatigue and dizzy spells from so I am not taking the medication.

Today I had my first appointment with the therapist who the psychiatrist wanted me to see for CBT (cognitive behavioral therapy) even though I told him I didn’t respond to CBT either. In fact, everything I’ve read regarding existential depression states that patients don’t usually respond to meds or CBT. Anyhow, I went in to see the therapist, but this is the first time I had a therapist agree with me that all of our social constructs are delusions and wanting to live or commit suicide isn’t wrong, and that the preconceived notion that life is inherently better than death is a fiction. She was cool, wondered if I’d ever had an IQ test done as she suspected it was high, and that she was puzzled on how to move forward with me. I told her that I’ve been seeking help since 2004 with therapists and psychiatrists and that all the meds and CBT have never worked. I also said that I was specifically looking for existential psychotherapy but, since nobody in the Detroit area is familiar with it I was willing to go through any research studies for new meds or therapies that they had. She needs to relay this to the psychiatrist and see if he’s willing to do it or not, but I made it clear I didn’t want to waste my time with the traditional meds or therapies as I’ve already attempted all that bullshit. We’ll see what the psychiatrist says and how I’ll move forward.

The future looks bleak for me though. The only existential psychotherapist I’m aware of is in San Francisco, he’s actually the father of American Existential Psychotherapy. Low-does ketamine therapies cost too much,  are not covered by insurance, and aren’t offered anywhere close to me anyway. Rapastinel is still going through FDA approval. Even though it’s on the fast track route it probably won’t be available to the public for another year or two, and I’m not sure if I can make it until then.

Anyone ever tried DMT? I’ve heard many people have had success in treating their depression or PTSD with DMT and other psychedelics. I tried DMT for the first time last night and OMG I’ve never experienced ANYTHING like that before in my life! The experience was so intense and real I came out of it in shock and my body was shaking. You truly cannot explain the experience to somebody, any description does it no justice.

I’ve been seriously depressed and having suicidal thoughts on a daily basis and today was the first day in a long time I didn’t wake up feeling severely depressed. Don’t get me wrong, I’m still not cured, but it feels like at least some of the weight from my daily depression has been lifted. I don’t know if that’s normal or how long it will last but after my DMT trip something definitely changed inside of me. 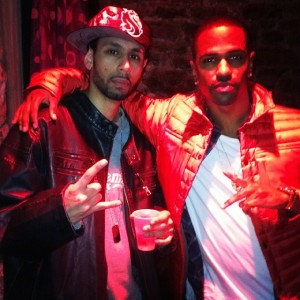 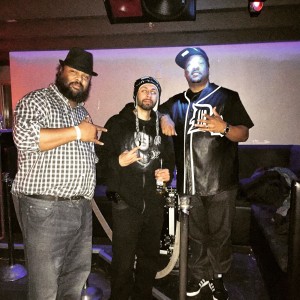 I suffer from Major Depressive Disorder, Existential Depression, with Suicidal Ideation. I’m from Detroit, MI. My primary full-time job has been working as an EMT for the past 10 years but I am also a DJ/producer. I’ve worked with, and been around some well known artists and I am moderately well known in the DJ community here in Detroit. I’m also apart of a DJ group here in Detroit that gave birth to, and holds membership of major radio DJs, as well as DJs for major artists. The first picture is of me with Big Sean, his DJ is DJ Mo Beatz who was a member of our DJ crew, known as The Conglomerate DJs. The second picture left to right (DJ Don Q, myself, Swifty McVay from D12) DJ Don Q is D12’s DJ (Eminem’s group) as well as a major member in our crew and a personal friend of mine. Baatin from Slum Village was also a close personal friend of mine, and if you are aware of what happened, he died of a drug overdose, as well as suffered from mental health issues. I say all this to say that I’m not a major celebrity, but I’ve been around the music industry for a while, and I’ve been stigmatized because of my mental illness. I’ve been cut from groups and crews because of the things that I post on my social media. I can say that the crew I roll with now, The Conglomerate DJs have never stigmatized me, and it’s been a decent group of people to be around. On our social media pages, we’re required to promote and market, and I’ve noticed that though I do have a small cult base following, I am stigmatized by the majority of fans and followers because of things I may post. I truly feel like an artist and can never represent anything that I don’t feel. Depression is something that has had such a great impact on my life that it influences what I may post, or even make a song about. I just feel hopeless at times. Just know depression, existential depression, and suicidal ideation can happen to anybody, maybe even someone you know or a celebrity you look up to.

Has anyone been fortunate enough to try out this treatment? There have been major clinical studies within the past 3-5 years providing data that shows that low-dose ketamine infusions can either decrease, or entirely alleviate depressive symptoms and suicidal ideation in patients who do not respond to conventional anti-depressant medications.

I’ve suffered from depression since I was a child and am now in my 30s. I’ve seen several therapists and tried every type of anti-depressant medication without relief. I discovered later in my life that a bulk of the type of depression I am ailed by is known as Existential Depression and usually does not respond to medication.

I came across Dr. Ivan Yalom who is an American existential psychiatrist. He wrote a book on Existential Psychotherapy and is currently practicing in San Francisco. I contacted him for help and a referral in Detroit as this is where I live. He was unable to refer me to anyone that he knew who practiced existential psychotherapy here and suggested I contact Wayne State University’s psychiatry department. I contacted them and now have an appointment with a psychiatrist there who they state is familiar with this type of depression, yet, I am skeptical.

It’s been weighing more and more on me everyday where I am losing any interest in continuing to live. I self medicate and try to sleep as much as I can. I think about suicide on a daily basis, multiple times a day. I’m sure that if I’m unable to at least decrease the degree of this suffering and pain that I feel all the time I may have to end my life.

Anyone else suffer from existential depression or familiar with it and was able to do anything that helped?