am i really alone as i think i am?

i made a post about some of my worse problems and didnt exactly get the response i was hoping for although i thank rainwatch for answering and talking to me. but now i have something else.
am i the only one that feels hatred?

you all talk about oh they have done this to me that and the other thing but it seems im the only one that feels anger towards the ones that made me like this. overall im an extremely nice person. unless im wronged. and my enemies should be scared. they have wronged me. they have left me alone and broken to […]

i dont know what this site is about, but i saw a bunch of suicide related posts and maybe thats its purpose. if not, im sorry. i can delete this.

my family is very poor and my parents yell at eachother a lot. my mom spoke to me secretly about how they might get a divorce after im 16 or 18. im 16 in a couple months.

my dad abuses my dog. he also verbally is rude to me. he is also transphobic, homophobic, and racist. being transphobic doesnt help when i want to be trans. im like a little slave to this house and they make […]

i want to die and escape from this world

the fear of failing again will make my parents yell at me and then they’ll be extremely angry and disappointed (instead of understanding) and they’l just go back to the same old shit they always do. No one ever understands (my therapist and my psych do but it’s been a long time since I last saw them). Teachers don’t really understand. No one ever does.

Why are we still forced to study useless crap we’ll never use in the future — if there EVEN is one. There shouldn’t be school anymore because the world is turning to shit and we’ll be dead sooner […]

So, I have always had problems finding myself in life. I just don’t know what to do anymore… I am running out of options.

I have literally tried everything and I realize how badly I suck at something and just leave and give up. I can never commit to something because I’m so self-conscious and I just want to find my footing.

Right now, I’m stuck at my job, constantly being berated by my boss that may end. I don’t feel like I have enough confidence to try and find another job. I feel like I’m trapped. I just turned 26. I could have been married and […]

This has been a rough month for me. It seems from the outside that I should be proud of what I’m doing, but I feel nothing but shame. I’m applying to graduate school and I was able to get my application into four different school. As of right now one has declined to interview me, and a second has outright rejected me. If I don’t get in there isn’t really work for me to do with my bachelors degree, which means that I’ve wasted the last three years of my life. For the last three years I’ve performed research and attained a GPA of 3.9. […]

I give my all every day, but it’s getting to be too much. It feels like I’m being driven into a corner, and it just keep getting worse and worse. Still, I have no choice but to struggle on and fulfill one more promise. The only other option… is to admit defeat.

guilty.as. charged. omg my 3rd grade yb photo what is that even

Just thinking back to yearbook photo days, the super early days. The buck teeth. The lopsided “wtf. is that.” hairdos. The disco-fever highwaters, and please run me over  themed outfits.

I’m adopted and my mom’s a baby boomer. She’s a certified beautician, somehow. I’m pretty sure her certification happened before JFK in the womb. She rambo-ed the sh* out of my face with hairspray,, put a pony tail on the very top of my head_ And it looked like a bowl cut on the bottom… I wish I could post it. She was an awful woman. She was older, and I could’ve outrun her […]

how to explain the tears

to want to suicide, but giving the praying no information.

since ever in life, I wanted to Love in Hegemonia, Peace and Alongside. it was in my earliest.

i want to sleep

10 days without feeling upset, or not feeling anything at all. i’ve been keeping my mouth shut. no part of me is on social media yet i’ve put up what other people see as “everything”, no part of me is true, not in reality, not online. when i used to feel things, i would post them on a close friends list, or write them down on my notes, just to remind myself i’m feeling that way, really stupid of me but that was how i coped for a while. the happiness, for half a night i would be almost high on happiness and drown in […] 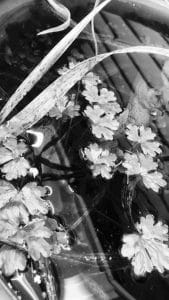 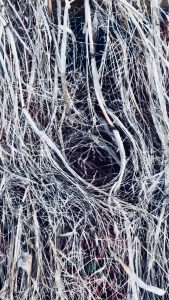 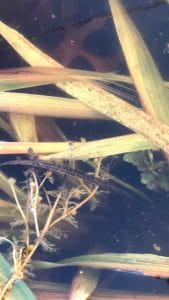 i’ve wanted to kill myself since i was about 8 or 9 and every day i’d come home from school, go to the kitchen, grab a knife, go to the bathroom and just stand there with it at my throat on my tip toes. i hopped one day i’d trip so it’d be kind of an accident and i wouldn’t end up in hell, ( i was religious at the time ) and now i’m almost 16 and i still haven’t done it. i didn’t think i was gonna make it to 10 and now i’m almost 16. i’m such a coward, it’s honestly pathetic. […]

ive decided to let him go

ive finally decided that its best for my friend to continue life without me. at least until i can be the person he wants me to be. if that ever happens which i highly doubt. not without rehab. i tried to put it all down but i was doing it all again 2 days later. he just doesnt know yet. im everything he hates….its better this way.

i can just see it, hehehe. he works at the rehab here and one day after god knows how long ill magically show up. one look at me and he will know everything. he’ll know i left because im […]

A state of mind.

Could not stop her

From the fiery pit

And it called her

It’s fucked, I know
Right when things go well, I go and fuck it all up
Like just now
I have a boyfriend, a new position in my workplace that doesn’t suck ASS. I’m away from an emotionally abusive mother and an apathetic brother.
But you had to start cutting again?
I wish I could just die, but I have too many connections right now. The most logical way for me to go is in a way that causes the least pain towards the people around me.
I’ve thought about ruining all my relationships. Just becoming belligerent and hateful for the sake that they see […]

Hi guys, I finished ‘My heart and other black holes’ a few minutes ago. I was reading it second time. Why? Because I feel so bad. I know that I have a lot of mental health problems… yeah… who haven’t here… but sometimes is worse. You know this time in your life (day, week, month) when you feel worse. Worse than normal. I don’t know what I want to say in this post. Maybe I need some space to write about my feelings. I study abroad in London from September. That was my dream, this is my dream. I had been thinking about it since […] 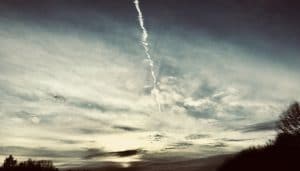