Why Do We Hesitate?

Why is it that we hesitate about taking that final step?
I myself have the perfect, easy, pain free solution available right now,
but I cannot discuss what that is due to this forums rules.

Anyway my point is I still hesitate to take that final step and I’m not sure why.
I got really close once and had this feeling of peace and happiness until someone else stopped me so I know I’m not scared.

Am I waiting & wishing that life will improve?

No I’m not because I can’t think of anything that would make me happier than to not have to do this thing called life anymore.

Please share your thoughts as to why you – yourself hesitate or decide not to go through with it.

I’ve decided Monday is the day. As soon as my son goes to school, I will leave to die. I was going to use pills, but, decided on a gun instead. I keep putting it off, because I think things will get better, but they don’t. I’m at peace knowing that I will be pain free in a few days. It’s nice to know that people will be relieved when I go. I won’t be a burden or annoyance anymore.

Random why questions pt 2….the even better one!

Why do Many people think that everything that is said over the Internet is true and buy into scams and rumors without investigating further?

Why did “human rights advocates” get there panties in a wad when a fully veiled Muslim woman had to remove her religious attire in order to get her drivers license? If someone wants to stand up for people who are really getting there rights stomped on – than stand up for people’s rights to get quality health care, a living wage, the right to choose, etc.

Why did “civil rights advocates” get there panties in a wad when American Jihadist Anwar Al Awlaki, who planned various attacks on American soil, got drone boned in Yemen? What are we suppose to do? Helicopter in a policeman to there heavily guarded compound and have them arrested?

How can anyone take the catholic pope seriously anymore after he called Britney Maynard’s choice to end her life (stop her dying) as a crime against God?

Why can’t scientist make catheters that are pain free instead of ones that “hurt less” like advertised?

Why do conservatives see Benghazi as a worse disaster then Iraq?

If televangelists really believe that holy water works, than how come those snake oil salesman didn’t have it dumped all over the people in Liberia during the Ebola crisis?

Why did the people in Baltimore burn down a pharmacy, a senior citizens home, cars, and other places of business during the Freddy Grey riots when it had nothing to do with what the police did? And how come they wasn’t charged with arson or even terrorism?

Why do most euthanasia advocates oppose euthanasia for the long suffering mentally ill when it has been proven that the brain reacts to physical pain in the same way as it does psychological pain?

I have suffered with depression and suicidal feelings for as long as I can remember, but something has always held me back when it comes to ending my life.

I have made several attempts, but have failed so far.

I can’t be bothered to write about what has happened to me, because I have tried every form of therapy there is and it doesn’t work and I have never really felt any other way.

I’m just fed up with the lack of understanding, the patronising advice given by therapists and family  and the accusations of self-pity or attention seeking with regards to suicide.

I don’t feel sorry for myself, in fact I don’t really feel at all and as for attention seeking, well fuck that. I’m not planning this because I want pity or attention, I want to be left alone and this is the only way to make that permanent. I can write this on here, because from the posts I have seen, people here generally seem to think the way I do and this is the only place I feel comfortable writing this.

I don’t fear death. I don’t believe in an afterlife, but I believe we return to the state we were in before birth, ie a non existence. Basically what I mean by that is I won’t know I’m dead so it won’t matter.

My planned methods to make sure this time are either the exit bag or ********.

I have tried cutting, overdoses and drinking bleach, but they all went wrong and only caused more physical problems. I would prefer something pain free and unlikely to leave me alive and brain damaged or with other physical disabilities, which is the last thing I need.

******** is incredibly hard to find and there are a lot of scams out there, so I would appreciate some advice if anyone has any.

The exit bag is also increasingly risky as helium canisters in particular are now often being sold with lower rates of helium and higher rates of oxygen, due to the growing number of suicides with this method.

I would appreciate any thoughts or ideas from like minded people.

im feeling really crap. small, petty comments upset me yesterday and now I have become self aware of a suicide method that has been at my disposal for the last 13 years. pain free too, I am a bit bothered by the fact that the medicine that keeps me alive can also take it away. I hope to not get into a position where I even think of using it. I need some sort of help to keep my mind busy. sitting in this stupid house gets my mind wandering

I’m so devastated. Every day is just sadness. I live in constant terrible regret. Because I was a coward and couldn’t kill myself the guranteed ways, i live in constant physical pain. I can’t walk and run, my right leg is paralysed and left is nerve damaged. I used to love running. Even though I have always hated myself and suffered from depression, i trained and had a body to be envied. Now, its like ive woken up inside a nightmare, life doesn’t even feel real. Im just so sad. And it’s all my fault. No one else, just me. Suffering. Seeing doctors, specialists but just for the intense pain in my leg. I will never be fixed, I will never be pain free, i will never be happy. Because I lost the few things in my life that I enjoyed. They can’t stop the pain. Im hurting so much. I’m so sad, I feel like I’m not meant to be and that I’ve wasted whatever i had. Im hurting so much. Terrible terrible regret-every minute of the day. And embarrassment and shame. All I’ve done is hurt people. I feel so bad about that, I never wanted to hurt others. This is all way beyond what I can handle. Im just so full of sadness and regret…

Though recently I have found some hope. For the first time in a looooong time I feel a sense of control. I wish I had known about this sooner. I could have avoided this whole mess. I know  I can’t fix my legs… but… now that I have the tools, I can fix my mind. Heck… I even cracked a smile for the first time in months. Believe. It gets better. Don’t make the same mistake I did. Learn from my mistake instead, so you don’t have to go through what I put myself and my family through.

Fuck depression sucks big time, the only time I’m not depressed is when I’m drunk or asleep.

Take me to a better place lord I want out from my illness. Doing it as soon as I save up for an older style car. The pain free way until then, living out this rotten existence is the only way.

I can’t even get a job no motivation and when I did all I had was an increase in voices through the radio. Thought I was tough living as a schizophrenic but I’m not can barely function and all I want is alcohol and tobacco to make me feel normal again.

All I recall is being in the happy place I was once in, the voices tell me there’s no depression on the other side. Big black clouds surround the stinking mess I’ve put myself in its my fault.

Wish I never inherited my sickness from my family.

The worst of days

Wednesday – my official day off. My daughter works at the same office so I dragged myself out of bed and drove her to work. I would usually stop for a bite to eat on the way home but I’ve felt like puking for three days so I just went home, back to bed and waited for the sun to make my room too hot to tolerate again.

I ran out of pain meds days early so the “rationing” has me fighting withdrawal again. I don’t see the quacktitioner until Friday and the HMO I have wants all their patients off pain meds so thy don’t piss off the politicians. The appointment will be just another argument with them trying to make me do things I cannot do. I’d rather live a day pain free and die of a fucking overdose than go on this way.

Maybe I wouldn’t want to die so badly if people had something better to do than try and control me. I wish I had the guts to slice an artery. Why can’t I do it???????

Sitting here now writing strangers in the same boat feels a little odd to me. I was not intending to be here, but want to put it out there now that I am. I’m 42, dealing with chronic neck and back pain for the last 10 years. Co-pay after Co-pay it never gets better unless I’m drugged. Drugs are turning me into mush and procedures fail to elevate the pain. I’ve been thinking about this for some time, I feel at peace with my decisions. I’m getting closer to a reality that has been a spark  growing for some time. I’m ready and feel good about it. I’m going to head up north to the Arizona Mountains where the sunset is warm and beautiful. I’m going to hike as far as I can into the woods with my favorite tunes, pictures of my family. I want to be alone and give myself a little time to reflect. I feel good knowing I’m ready and that if there’s a God, he will be waiting 🙂 Reguardless, I will be free, pain free. 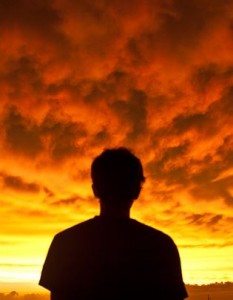