I wake up today feeling much more like my old self, but just dumb-founded where that self finds, er, itself. How did we wind up here? It really makes no sense to me now. How could I not have just followed the path I was on before? It’s like I couldn’t stand the idea of stability, and so just constantly interrupted and disrupted any and everything that at any time was going smooth.

Had a house, had a girl, somewhat had a job, but still couldn’t find satisfaction. Maybe it was in part still coming to terms with past and present demons, Dad killing himself, mom dying of alzheimers and the impression of feeling unwanted by the actions of my stepdad, and all this other stuff.
I really lost myself, have been lost for 9 months now, and just acted in accordance to what at the time seemed like the best measures to take, but man, I look around now and see where am at in comparison and it’s just awful.
I’m happy to feel much more like my old self, no longer obsessing on suicide and know that it will take small steps to climb out of this.
Just wish didn’t have to go through that lost period, adding so many more issues/obstacles now to overcome.

It’s been months since I’ve had a drink and more than a year since I got off of morphine, but I need something now. Something stronger than the half bottle of whiskey I’ve got in the garage.

Say what you will, but self medication works better than anything else I’ve tried.

You could have never known, and things would be no different. I tried to stay in touch; I made it clear I valued your friendship. I know life can be busy, and when so many people are on the edge of depression it’s hard to get excited about anything at all.

You’re forgiven for that, just like you always have been. I’ve never been known for a shortage of apologies after all; but you don’t get to pretend you just lost me.

You lost a little of me when I told you that secret, the one I could barely face myself, and you made me feel worse for it; you didn’t think it was a big deal, and I got over it, but it taught me to share less with you. You lost another piece when you pretended not to notice… Maybe you thought it would embarrass me, but I still needed help. You chose not to be personal anymore, to play it cool, so we stopped being open with each other, and when you chose to never be around you lost the rest.

It was a small mistake, sometimes that’s all it takes.

So here’s an alternative narrative: after high school, after college, after I left that group, after I became independent, etcetera … we became busy. You began to notice how cool that person I introduced you to was. I followed my dream, you followed yours. When I moved away there were no hard feelings, there was an assured… closure, because it was what I needed to do and you understood that, and we were still friends. It’s years later and you really don’t know what happened to your old boy, but you’re sure he’s alright right? And you would never know.

But that wouldn’t really be fair would it? Why? Because I had to lose you every day, and it hurt. And it was always just a kind brush off, something polite, a fair excuse.  Admit it, I was less important. It didn’t matter what I was going through then when it could’ve helped, and it shouldn’t matter now when it definitely can’t.  So please, tell yourself “I’m in a better place.” Whatever it takes to get over it. But I know where I’ll be when I leave: Nowhere, doing nothing, being nothing, because I finally reached the point where I just wanted that instead, and everyone who could have improved things saw fit to watch it happen.

So just… move on, like we all already have in a way, be better than me; but you don’t get to blame me. This was my body, my life, my choice. If you wanted to have a say in my life you could had one at any point.

Any point before now.

And don’t tell yourself “if I had only known things would be different, I could have changed things…” Because deep down everyone knew. If I said how bad things were I might have had your help for a little while, but soon all that help would have gotten old, and we’d just be elongating the process of my descent.  I. Wasn’t. A. Priority. And there was nothing I could have done to change that. Guilt, blame, none of that will help anyone I promise. So let’s just drop it and forget me already.

You used me
I didn’t mind
At the time
But now
You don’t even
Say hello
You never even
Said goodbye
For me
It will never be over
Because you didn’t
Give me the chance
To let go
And So I sit here
Hopelessly waiting
For you
I keep trying to talk
But you just turned away
And left me
Why did you have to go?
Why didn’t you let me? 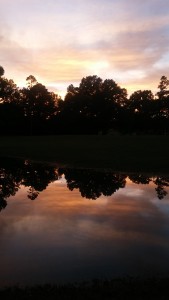 I want to run away
Say you’ll come
I want to be okay
Let’s just run
We will never look back
We can leave our pain behind
Let the past stay in the past
I’ll be yours; you’ll be mine

I’m just going to leave. But I can’t help wanting someone to come with me.

i have a question

Suicide note or would a Irish goodbye be better? My words are unworthy of her greatness my only true friend ive ever had maybe shed be better off with the Irish goodbye what’s all of your opinions? Say goodbye or just going no note

I Don’t Know What to Say

She’s gone. I’m never going to see her again. And yet, she’s alive and well.

There is no worse feeling. I thought what I’d felt last winter was harsh. But that was nothing.

I’ve lost. I’ve lost so much. Someone help me. Someone please fucking help me.

For those who are too young to know who Sam Harris is, he won the first season of a show called Star Search back in the 80’s…..it was the prototype for America’s Got Talent.Â  Like me (and Kristin Chenowith) Sam is from Oklahoma.Â  I posted his rendition of Bonnie Raitt’s classic, IÂ Can’t Make You Love Me,Â two nights ago.Â  There is a reference to “giving things away” during the narration that precedes the actual song.Â  This is a classic symptom of suicidal ideation.Â Â  I don’t think Sam picks up on this.

Won’t you come and take me for a ride

We almost got to Disneyland one night

It was abandoned in the light

And then the wind blew in Whisperin”

Some folks are not meant to win

If you and I were crazy we would

Baby won’t you come and take me to the sea

Well find ourselves a ship that is heaven bound

We almost sailed away one pearly dawn

But in the light of early morning

Ooo the wind blew in Whisperin

Some folks are not meant to win

If you and I were dumb enough

We would steal away again

If you and I were dumb enough

We would steal away again.

Just A Lil Letter From Me To You, Lovlies<3

Quit Worrying About How You Look, it’s About Whats On The Inside!

i don’t care who you are. your beautiful and amazing in your own unique and special way, please don’t let what he/she says make you stop believing that. the people who hurt you most are the ones who usually are the closest to you…but don’t beat yourself up, and depress yourself with it, because they may have called you ugly. stupid. fat. etc..but only you can believe them..only you can take it to heart. only you can take it as far as it gets. You, are Your Biggest Enemy. free yourself from mental slavery, because only you can free your minds and make yourself happy.â™¥ so smile wonderful.(: because your amazing.

Â Â Â Â Â Â Â Â Â  Everything hurts. The secrets I can’t tell anyone, and no one cares at all. Who do I turn to? How do I say the words to someone, someone I trust, that is going to make them understand? Who would I tell? WhoÂ can I trust? How do I get even one minute with them only three days before school is out? I’m going to die this summer. I don’t know what else to do. I can’t stand my life anymore, my mind… I have secrets that are killing me, literally. I’m going to die because I can’t take knowing the things I know. And even if I did summon the courage to tell someone, I’ll just hate that someone knows something about me like that who won’t be around forever. What do I do? And why can’t I find any answers? This hurts. The emotional pain is merging with the physical side of me, and I can’t stand it anymore. What other option is there for relief other than death? I have to die. I just hope suicide really won’t send me to hell.