Euthanasia in Belgium and the Netherlands (and the debate surrounding it)

I must apologize in advance, because I’m going to put a lot of videos and articles in this post and it will probably occupy a lot of space on the starting page of this site (needless to say, feel free to write your opinions about euthanasia in the comment section).

And a PDF about euthanasia in Belgium:

The Hikikomori phenomenon in Japan

I have seen your face and it’s too much, too much for me

I’ve drunk your wine, you have made your world mine

I don’t want no more of you, so won’t you be kind to me

Just let me go where I’ll have to go there

You have made me a wreck, now won’t you leave me in my misery

Trouble, oh trouble move from me

I have paid my dept, now won’t you leave me in my misery

The Desire for Annihilation (translated by William Aggeler)

Dejected soul, once anxious for the strife,

Hope, whose spur fanned your ardor into flame,

No longer wishes to mount you! Lie down shamelessly,

Old horse who stumbles over every rut.

Resign yourself, my heart; sleep your brutish sleep.

Love has no more relish, no more than war;

Farewell then, songs of the brass and sighs of the flute!

Adorable spring has lost its fragrance!

And Time engulfs me minute by minute,

As the immense snow a stiffening corpse;

I survey from above the roundness of the globe

And I no longer seek there the shelter of a hut.

Avalanche, will you sweep me along in your fall?

Gary Clark Jr. – When My Train Pulls In

Everyday nothing seems to change

Everywhere I go I keep seeing the same old things

and I, I can’t take it no more

I would leave this town, but I,

I ain’t got nowhere else to go

Wake up in the morning to more,

more bad news and I

sometimes I feel like I was born to lose and I,

It’s driving me out of my mind

Gonna catch the next train and I

move on down the line

I know my time ain’t long and I,

Walkin’ down the street you might wanna cross a smiling face, but they’ll

Oh Lord, it’s bringing me down

If things don’t change around here

ain’t no use in me hanging ’round

I know my time ain’t long around here and I,

You might be the loneliest person in the world

All the sky it seems dark

As I’m walking through a park

But the face it is too bright to see

On an orange kind of sky

But the day it seems too dark for me

Your name it would have to be me 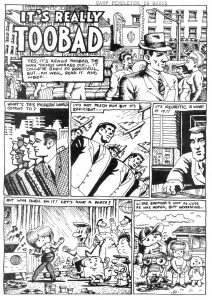 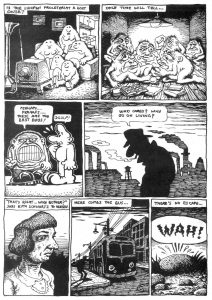 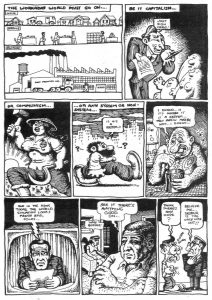 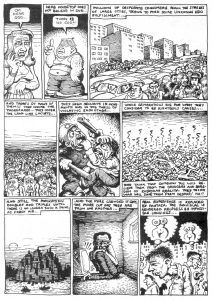 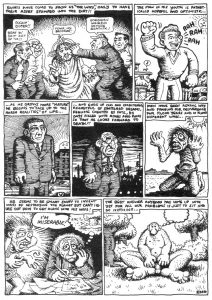 Hard times is here and everywhere you go

Times are harder than ever been before

You know that people, they are driftin’ from door to door

But they can’t find no heaven, I don’t care where they go

People, if I ever can get up off of this old hard killin’ floor

Lord, I’ll never get down this low no more

When you hear me singin’ this old lonesome song

People, you know these hard times can last us so long

You know, you say you had money, you better be sure

The Sound – I Can’t Escape Myself/Hour of Need

Our efforts are those of men prone to disaster;

We just begin to get somewhere,

when something always comes up to stop us:

Achilles leaps out of the trench in front of us

and terrifies us with his violent shouting.

We think we’ll change our luck

by being resolute and daring,

so we move outside ready to fight.

But when the great crisis comes,

our boldness and resolution vanish;

and we scurry around the walls

trying to save ourselves by running away.

Yet we’re sure to fail. Up there,

high on the walls, the dirge has already began.

They’re mourning the memory, the aura of our days.

Priam and Hecuba mourn for us bitterly.

I said to myself, ”Where are you golden boy? Where is your famous golden touch?”

I thought you knew where all of the elephants lie down

Just take a look at your body now, there’s nothing much to save

And a bitter voice in the mirror cries, ”Hey, prince, you need a shave”

Why don’t you try unwrapping a stainless steel razor blade?

There’s no hot water and the cold is running thin

Well, what do you expect from the kind of places you’ve been living in?

Don’t drink from that cup, it’s all caked and and cracked along the rim

That’s not the electric light, my friend, that is your vision growing dim

Cover up your face with soap, there, now you’re Santa Claus

I thought you were a racing man, but you couldn’t take the pace

Once there was a path and a girl with chestnut hair

And you held her in the shadows, where the raspberries grow wild

And everywhere that you wandered, love seemed to go along with you

That’s a hard one to remember, yes, it makes you clench your fist

And then the veins stand out like highways, all along your wrist

You can still find a job, go out and talk to a friend

On the back of every magazine, there are those coupons you can send

Why don’t you join the Rosicrucians? They will give you back your hope…

But you’ve used up all your coupons, except the one that seems

To be written on your wrist, along with several thousand dreams

And then the cameras pan, the stand-in stuntman

You are the dream of a God; when you awake

will you return to the womb where you were born?

Will you then be what you were before?

Will your death be a new birth?

Is this dream absent during wakefulness?

Luckily here the mystery assists us;

as a remedy of our sad life

our fate remains an inviolable secret.

Let your future remain hidden under the fog

and walk calmly as you take your last step;

the less light there is, the more certain you can be.

Is our sunset the dawn of another world?

Dream on, my soul, in your obscure path:

” To die to sleep… to sleep… perchance to dream.”

The Immortality of the Crab (Inmortalidad del Cangrejo)*

of the immortality of the crab,

is that a soul it has,

a little soul in fact…

That if the crab dies

entirely in its totality

with it we all die

for all of eternity

* The title of the poem is based on the Spanish phrase pensar en la inmortalidad del gangrejo (thinking about the immortality of the crab), which means that someone is daydreaming, is lost in thought, is pondering. There’s a similar phrase in Portuguese: pensar na morte da bezerra.

When I struggle, calmness overwhelms me

hiding your secrets from me, Destiny;

don’t let me falter in my path, because

without questioning I obey you blindly.

Don’t give me time to complain or beg;

spur me on without stopping,

carry with me the fire from my hearth.

I want to win my peace through war;

I want to conquer the impossible dream;

don’t let me rest from trying to shed light

on the enigma within your heart,

and when I return to the bosom of the earth

let me deserve an ever-lasting peace. 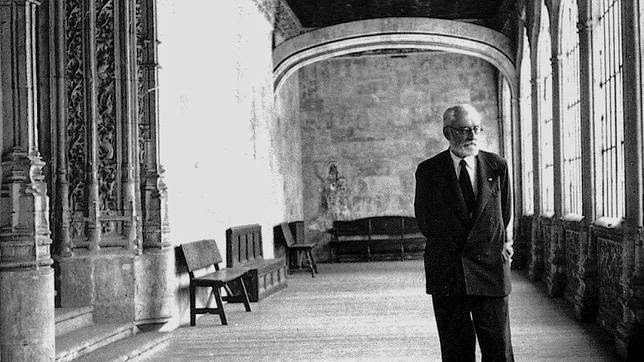 Brian Eno – By This River

Stuck by this river,

Underneath a sky that’s ever falling down, down, down

As if on an ocean

Always failing to remember why we came, came, came:

I wonder why we came

You talk to me

as if from a distance

So We’ll Go No More A-Roving

So we’ll go no more a-roving
So late into the night,
Though the heart be still as loving,
And the moon be still as bright.

For the sword outwears its sheath,
And the soul outwears the breast,
And the heart must pause to breathe,
And love itself have rest.

Though the night was made for loving,
And the day returns too soon,
Yet we’ll go no more a-roving
By the light of the moon.

The Lament of Tasso (extract)

the Mind’s canker in its savage mood,
When the impatient thirst of light and air
Parches the heart; and the abhorred grate,
Marring the sunbeams with its hideous shade,
Works through the throbbing eyeball to the brain,
With a hot sense of heaviness and pain;

Titan! to whose immortal eyes

The sufferings of mortality,

Seen in their sad reality,

Were not as things that gods despise;

What was thy pity’s recompense?

A silent suffering, and intense;

The rock, the vulture, and the chain,

All that the proud can feel of pain,

The agony they do not show,

The suffocating sense of woe,

Which speaks but in its loneliness,

And then is jealous lest the sky

Should have a listener, nor will sigh

Until its voice is echoless.

He who hath bent him o’er the dead
Ere the first day of Death is fled,
The first dark day of Nothingness,
The last of Danger and Distress,
(Before Decay’s effacing fingers
Have swept the lines where Beauty lingers,)
And marked the mild angelic air,
The rapture of Repose that’s there,
The fixed yet tender thraits that streak
The languor of the placid cheek,
And—but for that sad shrouded eye,
That fires not, wins not, weeps not, now,
And but for that chill, changeless brow,

Where cold Obstruction’s apathy
Appals the gazing mourner’s heart,
As if to him it could impart
The doom he dreads, yet dwells upon;
Yes, but for these and these alone,
Some moments, aye, one treacherous hour,
He still might doubt the Tyrant’s power;
So fair, so calm, so softly sealed,
The first, last look by Death revealed!

But I have lived, and have not lived in vain:
My mind may lose its force, my blood its fire,
And my frame perish even in conquering pain,
But there is that within me which shall tire
Torture and Time, and breathe when I expire.

‘Tis time this heart should be unmoved,

Since others it hath ceased to move:

Yet though I cannot be beloved,

My days are in the yellow leaf;

The flowers and fruits of Love are gone;

The worm—the canker, and the grief

The fire that on my bosom preys

Is lone as some Volcanic Isle;

No torch is kindled at its blaze

The hope, the fear, the jealous care,

The exalted portion of the pain

But wear the chain.

What a poet…What a great poet… 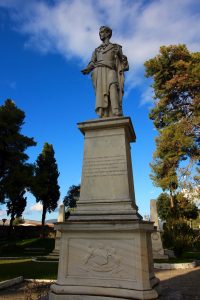 Tired of my life