“I don’t care that you broke your elbow” Some people, they spit in your face on purpose. they’ll say, “you’ll never be the same after I do this to you” to feel powerful.
there’s no spin to it. It’s every human’s unnatural obligation to deal with that part of life and I’m sick of it

FUCK TIME TIME IS A B!TCH

GUESS WHAT?! I’m FUCKING waiting now, and I FUCKING hate it!

I WAS STABLE for like A WEEK AND A HALF damnit! FUCK COPING! FUCK QUESTIONS from PROFANE PREACHERS of PALLID HATE!

I WANNA COFFIN, DAMNIT! and you BETTER NOT THROW AWAY ALL THE SHIT I PUT TOGETHER TO LAY THIS WHOLE MESS OUT FOR YA!

alright, now to the kind and well-deserving members of thesuicideproject.org, I’d like to […]

among the lies that the crisis line has told me, that I’m “so strong” for surviving has got to be one of the laziest. Today I took it on, and they said others wouldn’t be strong enough. I said that I envied them, those without this “strength”, because they would now be dead, where as I’m not.

I don’t think they had a script for that, but they stopped telling me I was “strong”…. so that’s at least me with the high ground.

To quote one of my favorite movies; “sometimes dead is better.”

If I had any strength I would have completed. I wouldn’t be here, arguing […] 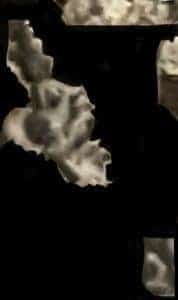 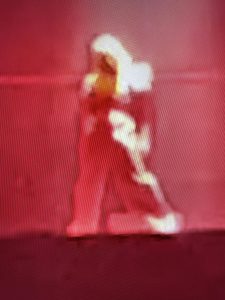 I don’t know why. I bursted with excitement over this two. It was obviously unintentional 😀  still! 😀 It turned a bad day into a better one, like lightning!

Reminds me of kicked in the teeth by AC/DC

haha get it? Pokerface : P

gaga would be a challenging find

I’m so ugly. I cut on my thighs and boobs and I’m so ugly. I’m so scarred, my skin doesn’t feel the same. It’s so hideous. No one could ever love me with them, they’d just be reminded how ugly I am everytime they saw me. I’m disgusting. I just wish I could be pretty again, I wish people could love me again. I just want someone to love me, I ruin everything I touch though. And I don’t even have a reason to stop, my scars will never go away. I’ll remain unlovable no matter. At least the […]

I remember when I first started cutting, it was so easy for it to go on. the blade glided through my skin in a soft slice. cut slow and long to feel every moment or cut fast to see more blood. The plan was just three; but three turned to five which turned to ten which turned to a full canvas. It’s the only way I know I’m alive. Ive tried cutting over the healed scars but no matter how much I push there’s just not as much blood as there used to be. I know my only option […]

…But is it possible to fall out of love with the one who gave birth to you?…

Sometimes it’s worse to be wrong

A continuation of the events described here…

She forgot her suitcase and came back a couple of days later. More of the same behaviour. I made a point of apologizing for a time many years ago when she was in a similar situation which I hand’t had the awareness or life experience to react/know how to respond properly. She appreciated it but oddly there was no empathy at my now being there, only “frustration” that there is apparently no way to “fix” the problem, and sadness at the idea of losing a friend. It’s not in others’ power to change things, “I have to want […]

I moved out of my passive aggressive mom’s house with a boyfriend that I can’t hold a conversation with. I landed a job in HR that I’ve always wanted just to be talked down to. I live in a shit neighborhood with shit people. Nothing gets better. I’m tired of people saying it does. I’ve tried and tried and tried. I’m exhaused. I still want to die. I don’t belong here. All I can stand to do is get high and forget about my real life. I never asked for this shit. This is the type of tired that sleep can’t relieve you from. I […]

It always tends to gravitate towards bad luck as opposed to good. Good luck you might have one chance in a hundred of experiencing, whereas bad luck has got to be 99% likely to occur. Toxic positivity would declare ‘ you make your own luck’ but in the real world it doesn’t work like that. Outrageously bad luck will happen, like the time Mr.O’Grady walked in to the mapping office.

Many years ago I was working in this fucking racket, any form of employment could be described as a racket and this was no exception. A Mr.O’Grady, a name which has stuck with me as the […]

It won’t be long now

I’ve been battling with an unknown illness since I was 23, on and off, and because I also have health anxiety disorder neither my parents nor my doctors have ever believed me.  It took me a long time but I have an idea of what is going on and I think there is little hope I will live the year.  I believe I have SIBO which in turn causes chronic infections, especially in my prostate, which hurts so bad I wish I were dead.  I’ve been feeling better for the past year but the symptoms have been getting worst the past 6 months, IBS, rash, […]

sometimes I really want to feel some sort of way about things. I can’t afford to, my life is run at an emotional deficit, therefor every feeling has a price tag

The thing I would like to feel some sort of way about is that awful project I was on is over, and as fast as that happened, in two days I start a new project. Will it be better? worse? the same? No way to know but to live it.

Meanwhile, I’m wondering when I’ll crack, if I’ll crack I guess. I started to come apart last night at the thought of more vet bills, which […]

Ever heard of situations where vilains try to get rid of someone because the person they want the most attention from isn’t giving it to them but to the another. It makes them so furious because they only make time with that person and only want to talk to that person that they don’t care if they exist because that person is present.
It’s very sad to say I feel their rage.
Of course I don’t want to hurt anybody but I can’t promise I haven’t thought about it.
She gave birth to me
So why does she give a stranger more attention than […]

Ive been knocked to the ground. Lately, I’ve let my negative thoughts and feelings get the better of me. I’ve been suffering because of it. I’ve been bullying myself inside my head. I’ve been resorting to killing my pain, instead of embracing it or facing it head-on.
Today, I choose to stand back up, dust myself off, and take back control over my thoughts and feelings.
Below is the video that inspired me to recenter myself. Maybe, it will be beneficial for someone else here, too.

Have any of you used/use the website “Sanctioned Suicide”??? I’m not sure if this website has any age limits or anything, especially since we are no longer free to talk about suicide or methods.

I still have my whole life ahead of me.
But will I make it?
My parents fight and fight.
My dad shouts and yells.
I get scared. I cry. I just can’t anymore.

Sometimes I think to myself that the situation could be a lot worse. Why am I sitting here crying when I have it better than most. I have a good home, good relatives, a good school. We always celebrate holidays, get presents, and go on vacation. So sometimes I hate myself when it seems like I have it all. All except one thing. Happiness. And parents that […] One of the people Melchert-Dinkel chatted with was […]

The visit went 5/6ths as predicted. What’s worse is that right at the start I felt that long dead feeling of enjoyment of seeing an old friend after a long time, and soon after was shocked at actually being asked what’s been going on with me, but instead of really listening or asking for details (I don’t give them up lightly) was basically just told “oh maybe you’re on the very shallow end of the autism spectrum”. Wow. Okay. Thanks for that useless and completely off the mark “advice”, if it could even be called that.

The next several hours were, as they have been in […]

All these crazy posts about internet dating and cougars…meanwhile, people come here to talk seriously about immense internal suffering. Seems kinda fucked up to me.