When will the pain end? 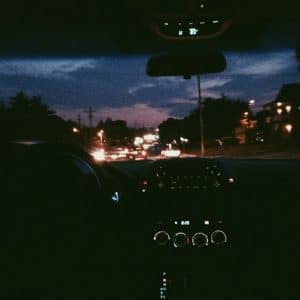 Time is a heartless master in an entropy driven world. For those who are suffering, it drags and drags on, while for those living in pleasure, the clock can’t ever seem to slow down.

I wish people could fathom the pain I have endure everyday. The pain I have endured for well over a decade now, since I was only 10 years old and became fully aware of how cruel the world around me was. I was always told time heals all wounds, that things would improve. I was never told that time could pour salt in those wounds, nor that it could create new ones as the stresses of life began to compound.

I grew up with no parents in a rural dump of a town/village. Those around me treated me with contempt due to undiagnosed Autism. The people where I grew up had never heard of Autism, if you had a developmental disability, others simply believed that you weren’t “right in the head” . It took years and years for me to have my condition confirmed, but by then, it was too late.

I was abused at home, verbally, emotionally, and physically. One of my parents was an alcoholic who tried to shoot themselves in front of me when I was around 9 years old. They were killed by someone else weeks later. I never knew the love of a mother nor a father, and one of my grandparents suffered from severe schizophrenia, taking out her rage upon me.

I spent 2 years of my life locked away and not allowed in school because I was molested by a classmate. I carried other trauma, but could not understand at the time what had happened, because my mind desperately tried to block out the memories. Over time, I became selectively mute and my speech issues from autism became worse.

I began to experience horrible fatigue, and doctors told me I was just depressed, starting me on the gravy train of psychiatric medications at only 13 years old. When I was around doctors, these repressed memories began to resurface, and I knew something horrible had gone on. Nonetheless, I was told that I was mentally ill/depressed and that I needed to take medications.

Time went on, and the problems got worse. At this point, I had already been seeing therapists and counselors for several years. I was switched from medication to medication, never being offered a laboratory test. I went to live in a Foster home, and I noticed around this time that my legs ached as if someone had stuck pins all in the muscles.

Teachers at school did not believe I was ill and accused me of malingering. I did not have the autism diagnosis yet, and they would yell at me and try to force me to look them in the eyes. Everyone told me that there was hope on the horizon, that once I graduated and entered the world, that this would all be behind me. They couldn’t be more wrong.

I was being groomed by an older man, nearly 10 years my elder. It felt good to be appreciated by someone, anyone, even though I didn’t understand the favors I had to perform for him. Around that time, I got sick with a viral infection. Little did I know that the two weeks of sickness I experienced as a 17 year old would lead to a lifetime of suffering. That the pain would never go away.

For several years I was abused by that man in more ways than I could count. I couldn’t escape. His best friend raped me. All the adults around wouldn’t believe me because my ex was a very charismatic man, and I carried the stigmatising mental health diagnoses of depression and anxiety so everyone thought I was crazy. When I got out, I was in another relationship that did not end well either.

All this time, I tried to force myself to work and go to university, but my body became progressively weaker. None of the treatments were working. By the time I was offered a blood test, I had the lowest levels of vitamin B12 and D the consultant had ever seen. It is likely that deficiency caused irreparable nerve damage in my legs.

I tried many times to make changes. Go new places, meet new people, try new things, go to a different university, but my health only got worse. I met a man in another country whom I quickly became attached to. He convinced me to try new doctors because I was developing even more symptoms.

I ended up getting sexually assaulted at the 2nd one. I had many rounds of blood tests and an MRI scan, and nothing showed up, so they kept gaslighting me and saying that I probably had stress and “boyfriend problems.”

The memories came flooding back. I had been abused by a doctor. That was why I found myself getting triggered in any medical environments. I tried every single approved treatment for ptsd, even therapies, and it did nothing but worsen my fear. Exposure left me with deeper scars than I came in with. New therapists have told me that my issues are too complex and that they can’t help me.

Over time, I have tried to live with the pain, but nothing helps. I can not take pain medications, things like Lyrica and cocodamol make me even sicker. I have tried over 20 drugs, almost as many drugs as years I’ve been alive. (I am 21.) Chronic fatigue syndrome left me with neurological issues like brain fog, slurred vision, and inability to concentrate. Stimulant medications made me feel like I was dying.

My quality of life is atrocious, and no one understands. I have been suicidal for a long time. No one believes how much suffering I am going through because my disabilities are invisible. University causes me so much stress and torment. I cannot drop out, and the governments of both my home and new country will not allow me disability benefits although it is clear I am unable to do full time work.

My relationship has soured over time, as my boyfriend feels anger that I am “not getting better” and repeating the same things over and over again. I have no family, and hardly any friends. Everyone is tired of my existence, because I am a burden who only deteriorates. I get accused of “not seeking help” when there is 0 help for someone in my state. Reaching out makes it worse because no one can understand my specific circumstances.

I feel like the world has no compassion. I wish that I could have a choice in my fate. I don’t want to live like this. Between the incurable chronic fatigue, the pain in my legs, being unable to eat what I want due to digestive issues, and the ptsd that worsens as time goes on, this is no life. I have nothing that I enjoy anymore and I feel like I’ve seen and done enough.

Others have threatened to have me locked in a ward and traumatized further. Are they blind to the plight of the suicidal? I just wish I had a choice rather than others forcing their beliefs on me.

Time drags on, when you are forced to live a life of suffering, a life that you never wanted.

I want to be Gone

I feel at ease but unaccomplished

Recovery isn’t fun, but it is worth it.

a few of my friendly horrors

Dying From Heartbreak is Real

I am so sorry you had to go through all that. I can’t make you feel any better, what you went through sounds so goddamn awful. I haven’t been sexually assaulted, but I can relate to the part about abusive parents. You deserve so much better. I wish I could give you a hug.

wow. im so sorry to hear all of this. what you went threw sounds horrible and i cant imagine the pain youve been threw. i hope youre doing better and im so so sorry <3

I can relate to the sexual abuse (honestly, the abuse in general). a lot. it’s terrifying. we never get that time back, we’re never going to be that young again. our perpetrators, abusers, and the like are thieves. they’ve stolen irreplaceable moments and innocence (among many more things)

thank you so much for sharing your story. this world has been cold and cruel to many, and it’s reassuring to see that we aren’t alone.

I also want to die. It started when I was 5. I am now 28. Saw that charcoal in an enclosed space is a good method. My problems are nowhere near as severe as yours and I want to die. That just goes to show how weak and pathetic I am and how god damned resilient you are. I get about two seconds of calm in the morning when I wake up. Two seconds a day where I don’t want to kill myself. Intense agony, intrusive thoughts, misery, hopelessness, despair, knowing I have to go through another fucking day of torture immediately flash through my burned out tired brain. The thoughts won’t go away. Nothing helps. My death will be inconsequential to anyone; if anything it will be a weight off a pair of shoulders. Time, the cruel beast, makes it worse. Every day is a step away from cowardice towards death and then… no more pain? I agree with you about the time and the salt. Every day is more fucked up than the last.

I see that you are suicidal and right away something in me wants you to live, to not die, to stay alive. Weird isn’t it. Then I feel the pangs of helplessness weigh heavily on me and I wish you a peaceful death. But I also feel like you don’t want to die and instead need, genuine “love”, whatever the fuck that is, understanding, compassion

I like your aesthetic and your style of writing. Tell more of your story pls