Suicide By Stabbing, What’s Your Thoughts? 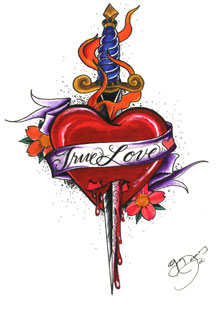 So an individual that has gone through a lot of emotional and or romantic pain would naturally choose to injure their chest/heart area of the body in order to send a message to the people they left behind, perhaps only one person in particular. Or to manifest a clue to other people about how another individual may have hurt them and kept it a secret from everyone else.

A quite unspoken about method though it seems to me,
one of the most romantic & painfull,
Technically it seems one of the most quickest & effective if one is successful with piercing through their heart, where talking within 2 minutes with no possible sub-concious interference as you might have with the helium method etc,
using this method of death I would probably choose my Tanto KA-BAR or of falling onto my beautiful Paul Chen Hanwei Shinobi Ninjato ,Â letting gravity do most of the work 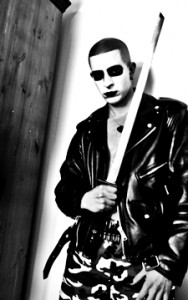 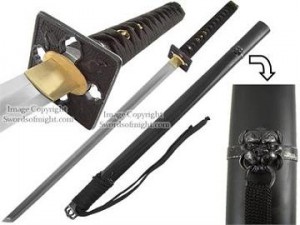 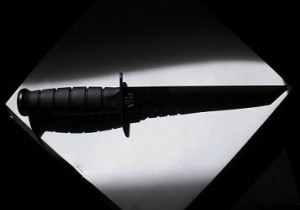 does anyone know of people who have tried or have been successful with this method? what are your opinions of the dagger through the heart? 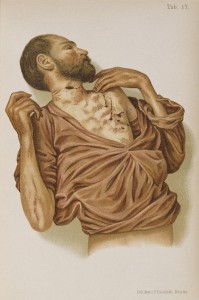 This case is that of a physician who had taken his life in a hotel. His body was found lying upon the left side, behind and across the doorway of the room, so that at first it was not possible to open the barred door.
The body was almost entirely covered with freshly coagulated blood, and clothed only with a shirt, which was saturated with blood, opened from the front, and thrown backward. Extensive blood-marks reached from the body to the bed, the covering of which was likewise saturated with blood, and beside which a large, open pocket-knife lay…. After cleansing the body six stab-wounds were recognized. Of these one was situated in the right side of the neck, the other five on the anterior surface of the chest. All of the wounds had a slit-like form, and showed throughout sharp, arched, separated edges, which on both sides joined to form acute angles and between which there was a collection of coagulated bloodï¿½. The uppermost [wound] was situated three fingers’ breadth below the middle of the left clavicle. It penetrated directly anteroposteriorly the second intercostal space and ended in the lung, which was tuberculous….That it was a case of suicide was demonstrated by the external circumstances and all the postmortem findings. It was clear that the deceased had produced the wounds while in bed, and that he had then attempted to arise and go to the door, where he fell…. [T]he opened and uninjured shirt, the symmetric disposition of the openings of the stab-wounds and of the course of the canal of the wounds, and the proximity of the wounds of the chest…were more indicative of suicide than of murder… The motive for committing the deed may have been the tuberculous disease.
Eduard Ritter von Hofmann, M.D., Atlas of Legal Medicine, Philadelphia, chromolithograph; Artist A. Schmitson
National Library of Medicine
Acute AnglesAmpBreadthCircuClueCoagulated BloodCreative WritingDagger Through The HeartDeceasedDoorwayDurabilityEmotional AnguishEnduranceExternal CircumstancesGravityHeart AreaheliumHuman HeartIntercostal SpaceInterferenceKa BarLeft BehindLeft ClavicleNinjatoPaul Chen HanweiPocket KnifePost MortemShinobiSlitStab WoundsSuicideSwordThree FingersVeins
9 comments
0
Email

I am done with life

Fading away but still here

effort was made, the outcome flawed

eliot smith did it.

So they say, but his girlfriend also had the finger of suspicion pointed in her direction.

I don’t know why there are so few Elliot Smith and Nick Drake fans on this site. Their music was so real and perfectly conveyed the feelings of so many.

Can’t access it on my iPhone. Hopefully I will get a laptop next month.

Must have balls of steel to do it though.

The particulars of the suicide not the corruption and scandal around yet another politician.

Why not set yourself on fire?

Why not die from food poisoning?

How about being eaten by dogs?

How about all three at once?

Your symbolism is weak and shallow. I wouldn’t think anyone is going to care if you stab yourself to death anymore than if you killed yourself in any other method. Sometimes they remember people who burn themselves for their political agenda or something because they announce it. But even so, how much do you see people really caring about their message?

I find most people have this switch in their head where they see death and turn away from it. A few people romanticize about the notion but never the ones that have really seen death.

Did i read that correctly? Theoretically, a physician had to stab himself 6 times? I figure he’d have known right where to aim.

What do I think about it? Moreover, this seems a bit OCD, detailed and grim for no purpose.

Chances are after the first stab you will pass out or ***** out.
I considered this too.