My family are some of the nicest, kindest people on this planet. My friends are always there for me no matter what. I love them all so much and would do anything for them.Â I came from a wealthy home. While I was not given everything, I was given what I needed(and a little extra) and that is not something everyone can say. I’ve had a good education. I wouldn’t say I’m a genius but if I.Q. tests tell you […]

Today is the day that the (I guess you can call it “my”) story is written.

Now i’m 19 years old. My body a nest for scars and memories that should have been long forgotten. Not all scars have stayed with me, and i hope that one day i’ll be free from them all. The sad reality of it is that some of those scars will never leave my skin, and always be a reminder of what i have done. It’s been mere days shy of 6 months without cutting myself for the relief that i have so desperately wanted during this time. The […]

Me and You–All in this Together

I wish I could give everyone who posts here a hug, validate that what each one of us is feeling is okay, and be there for each and every one to help you get through the day. Since I can’t do that individually and in person, I just wanted to let everyone know that there is someone in this world here who wants to. Sometimes just knowing that there is someone out there who cares, can be the extra push to get thorough the day. To all of you who need that extra someone, that extra push, that extra love and support, I care. I’m […]

Every day, when I wake up, panic surges though me. Hurry, I think. Don’t let yourself become totally awake. Hurry! Go back to sleep.

I used to think that a little extra sleep would help. And, I guess it used to. It doesn’t anymore. Less and less do I want to awaken.

I smile at these little things that no one knows about.

I smile in sorrow.

its always about the $$$

i hope you are up to date with your reading. someone is jerking me around. your office says its the insurance co. the insurance co says its the office. either way for some reason my co-pay to see you has now tripled. been waiting for some edict from on high saying i need to stop seeing you so often. guess now i got it. something to do with specialist services versus therapy services. blah blah blah. i love insurance companies. oh well its only money right? my current financial crisis notwithstanding. i keep saying i am worth more dead than alive. yet another example. someone […] 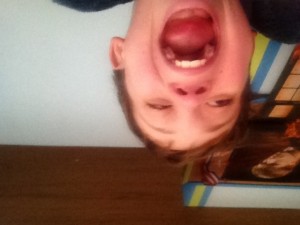 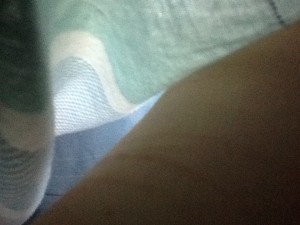 Iâ€™ve just accepted that I will never be the same, not that I was ever right to begin with. I know everyone feels like that. I know this will change. I know everyone is very â€œsympatheticâ€. I also know, none of this changes how I feel. It doesnâ€™t make me feel better that everyone else feels like shit too- it makes me feel hopeless. It doesnâ€™t make me feel better that you think this will change- itâ€™s been eight years so excuse me if Iâ€™m not trusting your psychic powers to foresee my future. I know you care and â€œare thereâ€ for me- well of […]

Waiting for the end…

written by Itching to go

Ok so this is it. I’m 18 now. I’ve been suicial for 6 years now. I want to hang myself. I feel obligated to wait though, but there’s nothing to wait on. I tried to hang myself twice last night, but I have no foolproof plan because of my weight. I had to use my door knob and sit down. I looked like an idiot who’d played the choking game alone. The only reason I got out of it was because I didn’t feel right not saying goodbye to anyone, but I just couldn’t find words to express my pain or my desire for death. […]

I was forced to do Group therapy in rehab

When i was in rehab i was forced into group therapy, I was only a week into rehab so i was still feeling the effects of withdrawal, So lets just say i wasÂ not in the best of moods.

When it came round to my turn, i said the words, my name is Shane and im a addict. (It didnt really feel like a big step, but it was, i see that now)

She asked me why i started doing drugs.

i said ” why does anyone do drugs, they want to escape the shityness of there live’s”(I was less cordial then)

do i stay awake at night becuse im afraid of my dreams…?

are we half alive when we dream? or do we dream because we are half alive? would life be better if we were in a dream? if we continue as we are when we die.. how do we know some of us arnt already dead? what do we live for? if we have pain and hate and love and death… how can we be happy? tragic things … what makes life all worth it.. if nothing was worth it.. wede all be gone… so obviasly … there is always sompthing worth living for… what if we never felt pain.. even though … life has torn […]