There is no god

And if there is..Then god is worse than all the most vile serial killers combined.Â  Worse than Mao, Stalin, Hitler, and all the rest of the evil scumbags who were allowed to commit mass genocide under gods watch.Â  For god allows all this shit to happen and doesn’t stop it.Â  Rape, murder, torture, the whole lot.Â  It’s all meaningless suffering.Â  I’ll leave you with this bible verse from Ecclesiastes.Â  I’m no longer religious but this is a relevant verse to us suicidal folks.

I saw the tears of the oppressedâ€”
and they have no comforter;
power was on the side of their oppressorsâ€”
and they have no comforter.
2And I declared that the dead,
who had already died,
are happier than the living,
who are still alive.
3But better than both
is the one who has never been born,
who has not seen the evil
that is done under the sun.

Hey folks. Any old timer SP’ers still around? Or are they all gone? :(

Like I said in a previous thread my subconscious mind keeps me from killing myself.Â  Also killing yourself properly isn’t easy.Â  I think death by hanging is the way I’m gonna end up going but I’m scared.Â  I wish my life didn’t turn out this way.Â  This world sucks so much..

Do you guys hold in your anger to the point where you feel like you’ll explode?

If given a choice between two methods, which would you personally choose and why?

So I think it’s coming to a point where I really need to commit to a decision or I’ll be in hell for the next 60 years.Â  In my mind it’s either hang myself or buy a shotgun and shoot my head off.Â  Which would you personally choose and why?Â  I’m going to sleep now but I’ll read the answers tomorrow if I remember.Â  Hope you guys are doing better than I.

I don’t know if you guys remember me at all but I posted here fairly regularly several months ago then took a break.Â  My life still sucks though.Â  Since ******** is basically impossible to obtain I think it’s either a shotgun or hang myself.Â  I’d prefer a shotgun.Â  How are you guys doing?Â  I hope you’re doing better than me..Â  Suicidal thoughts have become so normal to me that they don’t even faze me anymore.Â  My thing is that I really don’t want to fail my attempt and end up a vegetable or end up in some institution against my will and lose whatever freedom I have left.Â  This existence really pisses me off.Â  It really makes me sad to know there’s so much suffering and injustice in the world.

I really need to stop pussyfooting around my impending suicide and make a decision soon. Â When my brother leaves in a few months I will order some poison and take it and end my miserable existence. Â That’s that. Â Nothing will change my mind. Â My life is literally torture.

My unconscious mind won’t let me kill myself

Whether on the way to get some helium or rope or a gun my mind always brings me back home to this miserable place. Â I feel an urgent NEED to kill myself nonstop yet I can’t actually go get the tools to do it and actually carry out the act. Â This life is literally torture and no one knows how suicidal I really am. Â I gotta keep it secret otherwise they’ll throw me in the psych ward. Â I should have killed myself years ago..

Do you ever imagine yourself in the freezer in the morgue?

And how they’ll conduct an autopsy and cut you up. Â And your family/friends looking at your dead body. Â Not that it matters because you’ll be dead but it’s a sobering thought for how serious death is.

I feel like slitting my throat and bleeding out

That problem being life. Â Thoughts?

Cyanide (Epic song I came across)

Kinda reminds me of Marilyn Manson a bit. Â It’s fitting to my state of mind. Â For some reason I can’t get embedding to work, sorry.

Have you guys ever considered the method of jumping off a huge ass building?

I think that’s the way to go. Â I’m talking 600+ feet from the ground onto pavement. Â It’d be scary as fuck but you’d probably die before you even hit the ground. Â Much better than hanging in your garage or becoming a vegetable from a bullet to the head. Â It’d be gory as hell but who gives a fuck. Â Thoughts? 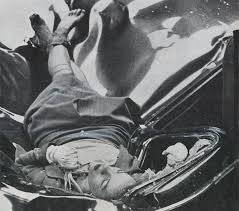 This life is literally hell

Those of us who can’t get N are left to hang or blow our brains out. Â Is this what the world is all about? Â Fuck everything. Â FUCKKKING FUCK!! Â Lol this life is so fucked up it’s comical.

Becoming a heroin addict on purpose?

I have nothing to live for and from I’ve heard IV heroin is the best high there is. Â Also there’s a good chance you can OD easily. Â Should I start up an IV heroin habit? Â Perhaps if I get caught up with the wrong crowd someone would shoot me in the head..

Depressed as a mother fucker

I find no joy in anything. Â I had a great life from 0 to 18. Â 18 is when it all went to shit and I lost my mind. Â I think it’s time to call it quits now. Â If only I had some N to pass away peacefully and not dangle violently in my garage.

That’s it. Â It will be a mercy killing if I off myself. Â I’ve been pondering/obsessing over this for 6 years now and I think I’m getting to the point where I need to make a decision or live another 60 years of torment. Â I can’t keep putting this off.

Life is pointless, but so is death.

It’s all a bunch of meaningless suffering. Â Please let me die in my sleep.

I want an easy way out.

Give me an easy way out of this torturous hellish existence or I feel the need to take out the mother fuckers who deny me this basic right. Â Fucking idiots stopping me from killing myself peacefully deserve a long slow torturous death. Â They won’t even allow me a gun. Â Fuck everything about this existence. Â Fuck you modern society. Â FUCK YOU!!!!

Alright guys. Â I figured I’d do a roll call for the regulars. Â Has anybody contacted the user glass music cup yet? Â I’m worried about her.

I’ve been feeling like absolute shit lately and all I can think about is killing myself. Â I don’t really “want” to die but I don’t see myself living a life worth living if that makes sense?

How are you guys doing?

Another shitty day..How much more can I take before I lose my mind? Â I’m so fucking alone with this suicide shit. Â I need some support. Â Can somebody talk to me on here?