I’m going to die in love 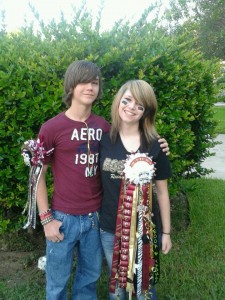 This is me and my x boyfriend. I met him at a party he was the first guy i was truely happy with. I love him so much i was willing to give up everything.. even my virginity. but we never made it that far. When he got a job he started to like another girl. Weeks past and i noticed he was distancing himself from me, one day i asked him ” what time do you get off tonight” and he snapped saying “why do you have to know everything about me” thats when i knew he and i were ending. But i clutched on with all my hope like im still doing today, i wanted it to be us. I finally had someone to call my own. To hug and kiss, and for once i was serious. All my other realationships i didnt take to seriously, cause i figure if im not gonna marry them if we break up it doesnt matter. But i wanted to marry him.. will all my heart.

He asked me out semptember 5. I was so happy, we hung out alot, his faimaly even came over for dinner one time. His birthday came and i got him a present and his faimaly took us out to eat.

Homecoming came and thats when i first noticed he was acting wierd. The night was just crappy we were arguing even though neither of us were rasing voices. He made me feel unneed with his soft voice in my ear. Telling me to calm down to relax. We’ll do it later. We only danced one time that night and itÂ  was a fight just to have him take a picture with me. After homecoming we went to his friends house and hung out till 4 in the morning. I’m just gonna say it straight i let him finger me .

I went home and weeks past and it just kept getting worse. He hated to hug me, and would get angry if i kissed him in public. I was left to holding his hand in the mornings before class while he slept on the table exsausted from work.

One day i woke up and i knew it was over, he hadnt said anything but i just knew. I grabed my razor and put it in a case stuffing it in my bra. I got on the bus and went to school. All was the same till i asked him whats wrong.. he kept saying nothing and i said your lieing just tell me. He told his friend cody to go ahead and he’d meet up with him. I stood there with him when he said ” i dont feel the same way i did when i met you at the party” i felt like i had been stabbed. He hugged me and i bit my lip, i refused to cry infront of him. If he wasnt hurt i wouldnt be either. I had been preparing myself for this.. right? He hugged me saying telling me over and over again he was sorry. ” well i gotta go ” i say big smile on my face, i talk to you later okay? “friends right” he asked i smiled “yep” as soon as i turned away i broke, a steady stream of tears rolled down my cheeks. I walk into class not caring that everyone shall me crying “are you okay?” a girl asked i slammed my bag out grabbing my penical bag (had bandaids in it) I walked out of there not saying a word. I walked to the bathroom his words ringing in my head. “i dont like you” “i dont like you” I fall into the stall razor already out i slide off my jacket as i slip to the floor wrist out blood already dripping.

I ended up carving “i still love you into my leg, and had atleast 7 deep cuts on the inside of my left wrist along with hundreds of shallow ones.

I lay their crying and bleeding on the floor,Â i just wanted to die. His friend was texting me asking me if i was okay i said “yes”. He sent more texts but i never replied.Â  40 minutes later i sat up grabbing toliet paper to clean the floor. I cleaned the cuts putting on some neosporn and bandaged them wrapping it with powerflex to make sure it was extra secure. Then the test i stood up slapping my right leg. Till no pain showed on my face, i did all extersises with my left hand making sure i could grip and have some one grab my wrist. No evidence i told myself. Not even on my face.

I was caught once because my friend grabbed my wrist to drag me somewhere and i had grimanced. She knew my history so lifted up my sleeve seeing what i had done. I will never allow that mistake to happen again.

Now Decemeber 2 months after we broke up were finally talking again.. it was akward at first and its still hurts to look at him. I just want to kiss him have him hold me and tell me it was okay. He was the reason i broke going 8 months without cutting i know its unfair it was alot of other factors but when we broke up i was pushed over the edge, he was my only hope at such a dark time in my life.. and now he’s gone.

I found out 3 weeks ago he let a girl from work carve her name into his back. It stung, that HE told me. Its like he totally forgot we ever dated.. He still flirts with me, having me sit in his lap, hug me , tickle me, and all those other things guys do to show you they love you. And i cant stand it. I cant tell if he likes it or not. But being me i have to pretend and go along, cause its the only way i can get close to him anymore..

I want to ask him if he likes me again, but i dont have the balls, what if he rejects me then just stops talking to me again all together .. i couldnt handle that. So i go with it day after day.. my heart slowly breaking. I’ve cut after are break up to many a times because of him but theirs diffrent reasons to. Its like he doesnt even see what he does to me…

Today we were talking after school, he gave me a hug and jokingly used his penicail and pressed it to my vagina saying penis.

I said shut up hes like you know you want it. I punched him saying no i dont. But you let my fingers down there he said. I froze for a second and laughed SHUT UP i screamed jokenly.

Then our friend james came up saying ” just wait until the next party then your penis will get down there” and it stung.. was i really that easy..

Tanner was the first and only guy who has ever fingered me since what happened. He was the only one i ever got serious with.

I try moving on looking at other guys but all i can think about is him.

And when i was sexually assalted novemeber 28. All i kept thinking while it happened was “im sorry tanner” even though we werent even dating. I feel so stupid.. thrown around like a rag doll. I feel like a lost puppy, everyone says he just wants me for sex.. and honestly i dont care anymore as long as i get to feel his arms around me lips pressedÂ agaist mine and body close to me. 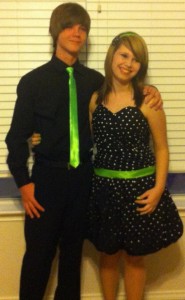 I hated high school. Hated it. I think most people hate it for various reasons…but then you graduate….you go on your way and realize that the world around you and the people in it are NOT high school. This will not last. I promise you! I was very depressed in high school. I also had suicidal thoughts and while I still struggle with depression/anxiety, I am glad that I am still here. Chances are great that once the two of you graduate…you will never talk or see one another again. He will find someone else, and you will find someone else. You will both date many others until you find the “right” person to spend the rest of your life with. You will look back on this time with empathy for your teenage self…and be glad you are still here.
Just get through it as best you can. Get professional help/ask about homeschooling…whatever it takes. this will not last forever!

Being with him knowing he only wants you for sex will be the worst idea ever. In the end you’ll feel more used and unwanted. It sounds like he only wants sex and that he’s just keeping you around as an option. Don’t be desperate for him…don’t settle because he’s the only one that you want right now. Please don’t. Well I’m done bothering you

I know what it’s like not to be able to let go too. The bad news is that it’s always going to be that hard to let go of someone. If it’s any consolation, people like us (you, who are willing to bleed, and me who is willing to die) can take our desire to hang on no matter what, and turn it into something productive.

No normal person could look at the blank ceiling of the Sistine Chapel and go: “Yeah, I can do that”. Only an insane person would try and paint it, and never give up. And that’s what we are. Insane, because we can never give up. You just need to find your canvas.