my nightmares have gotten worse.  my fear of being asleep is debilitating.  it’s getting harder and harder to remind myself that i’m being excessively paranoid about things that are “unlikely” or some shit.  i’m convinced that i’m constantly in danger.  i don’t like being asleep because it means i can’t defend myself or my family.  i don’t like not being in control of my surroundings.  i want barbed wire on the fence.  i want a taser.  i want a full, realtime security system where there’s a security agent constantly watching the cameras and who will call 911 when something is happening.  i want to be […]

the feeling of being watched

i can’t shake the feeling.  i haven’t been able to ever since the abuse started.

i can still feel it.  on the back of my neck.  i never feel safe.  he continues to have a suffocating grip on me even after i mustered up the courage to get as far away from him as possible.  listen to the fbi.  lock everything down.  deactivate all my social media accounts, lock my phone number, get my school e-mail changed.

but he’s still here.  he’s left an impression of himself, it’s seared into […]

Lately, my anxiety has been so bad that even seeing someone else do something that I would find uncomfortable doing gives me an anxiety attack.

The beast that we know as Paranoia, that’s always tugging at my mind, always forcing my mind into a state of wonder, into a thought pattern, like a cobweb,of catastrophic thoughts of what will happen if I’m not obedient.

But the worst of all, the beast that I fear the most, is myself. Tell me, please, is it my fault or is it just bad luck that I, of all people, was cursed with all this?

i dont believe her.

every so often i ask my mom to get me diagnosed with depression.

i doubt itll ever happen, and im probably lying to myself that i have depression but i wish i could get diagnosed within a second. i just want proof  that i have depression. maybe some antidepressants to help me cope. my family probably cant afford them, so i feel trapped. ive attempted suicide once. my mom knows about it but she didnt know it was a suicide attempt, because i didnt tell her. anyways. i was talking to her earlier about me getting diagnosed, and at some point she said that my depression […] 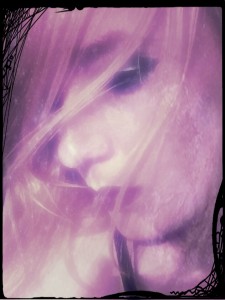 “They’re watching. Not leaving”
Paranoia is setting in
“Even when you’re dreaming
They know your every sin”

The past few weeks I started having these odd psychosomatic complex partial seizures. I get convulsions and distorted thoughts/speech. My doctor isn’t sure what it is because one of my medications helps prevent seizures. It sometimes seems like a psychotic episode- I get convinced something is trying to escape through the top of my head and my speech doesn’t make sense. Most of the time it sounds like bad poetry. I even posted something here during an episode that didn’t have full convulsions. Some people think it’s anxiety, but that seems pretty far-fetched. I don’t have symptoms of anxiety or anxious thoughts before an episode. […]

just registered but not new to following this site

Hi you could say Im new but not to depression, psychosis and anxiety and loneliness. Ive had it all my life dont know where it comes from, my mum and dad are normal, my bro has a bit of psychosis/anxiety but i think mines worse. I have paranoid thoughts (delusions) like im the only real person and im being watched/judged even for example scared of expressing myself like answering simple questions like what kinda music do you like, i say i dunno. Or  ordering something at a restaurant or food place i feel judged for what i order or even say like they know what […]

Down the downward spiral

Trembling, tumbling, turning
Down the spiral I go
All these feelings, no one will ever know
Who’s to say this gun won’t blow

Live a day through my eyes
See all the happy little lies
Paranoia sets in, creepy little spies
Voices in my head like pesky demon flies
I can’t escape these dark skies, for all I want is nothing but to die…

I want to fade away…

This time i thought everything was ok..i thought it was all going to be better…but here i am again..scared of everyone that looks at me..wondering what the hell they think…thinking they think i am insane… am i insane? i feel like everyone is watching me all the time..watching what i do… judging me..my logical mind knows this is not true..people have so much more to think about in the day..not everything is about me..but why is that how i feel..why do i feel like they are all judging me for every action i take..no matter how small… good or bad..

15 year old with anxiety WHAT DO I DO?

I have had terrible anxiety as long as I can remember, it switches topics, but they’re all irrational worries and fears.

I think I am having my worst anxiety period yet, It’s been going for 9 days, I can’t sleep,eat or be calm. The idea of suicide is comforting and keeps me going because it’s nice to think that if things get too bad, I can end them. But now it’s more than an idea I want to do it now, the only thing stopping me is I don’t know how to do it and my family will be devastated. I wish I had a gun, […]

Right now, I’m 20 hours away from the rest of my family and my friends. I’m taking online classes and getting new medication since I can’t get medication where I live.

It’s not very fun. I have therapy sessions every other day, doctor’s appointments, and I have my depression, paranoia, bipolarity, ptsd and ocd to deal with.

Guess what though? This is a vacation for me. When I go back to my school in November, the vacation’s over. When I go back, I have to plaster that smile back on my face. I’ll have to talk to my friends, pretend everything’s alright. It’s really exhausting to have […]

you’re rarer than a can of dandelion and burdock

So i am in love. Â I must admit i never thought it will hit me so suddenly but i guess that it’s true when they say: ‘when you least expect it’
The sweetest person i have ever met. I am going to sound as a hopeless romantic but his kisses make me dizzy which is entirely true i can barely walk after he touches me. Â So when everything should fit in its place my awkward paranoia jumps out of nowhere. I have never been really close to somebody like this and i am constatly thinking about bad things. I have this idea that something bad […]

So here’s the thing.

Oct 3rd is when I get married and its coming up pretty fast. I know this should be a grandest time in my life but the truth is, I am just not that happy about it.

The man I am marrying is the greatest, generous person in the world. He really is just that wonderful.

I am not going to make excuses for what I have done because I was fully aware of what I was doing and wanted to do.

I can honestly say I have never been a cheater. Even with all the shitty ass boyfriends I went […]

I don’t know why but putting my story out there feels like it will help, so here I go. Read if you please.

I was born healthy, I have two older brothers. My mom worked all the time so I stayed home with my dad. My dad is bipolar. Though I only vaguely remember, I’m told I spent most of my childhood sitting in the dark in the living room because my dad’s paranoia made it impossible to leave. My dad had some alcohol abuse problems and he would abuse my mom too. I shared a crawlspace as a room with my older brother. We eventually […]

I’m out on the beach, and it’s really crowded. There’s at least 3 feet of space between myself and other beach bums. It’s really hot and sticky out there. There’s not a single cloud in the sky, besides a few swipes and swirls of cloud matter here and there. My hair is a knotty and matted mess from the sea water and all of the wind, and I’m trying my best to relax and let go of all the tension in my head. It’s hard to though, because not only am I uncomfortable in my black bathing suit, but I have a sort of paranoia […]

I just caved and wrote to the wrong person.

It had been a while, but i know that writing is at best futile, and at worst, potentially problem-causing.

But just the other day, i had a series of “seemingly connected experiences,” which resulted in… memories, thoughts, feelings i just couldn’t shake, and they wanted control… and i lost that battle. Maybe i forfeited. Maybe i hate my vulnerability so much that i lash out at any little thing that might expose or exploit it. When something is going to hit you where it hurts, the only “right way” to react, is to “go all in,” and either […]

I don’t even know what to begin with here. I tried typing the first few lines so many times. UGH! Okay, let’s get this straight: this rant is not about people. It’s about me. I apologize if it sounds conceited but there are so many inferences made about the mental illnesses I have so I’m going to list them one at a time so you can understand them. As well as some sexuality things.

1. It does not mean that I get distracted with every little detail. I can, actually, hold a full conversation without going: “Ooh! A rock!”

Well, guys, I don’t know how to say this, but here it is:
I have this crazy thought that the world isn’t real.
Does that make sense?
I don’t know if it’s me being paranoid or delusional or if I am right.
Oh, gosh, someone help me.